Official Imagescope Website
Retrofit is set in the near future, when death is just a new beginning for those who can afford it. Dylan, driven by his need for reconciliation, brings his father back from the dead, and houses him in a shabby utility robot ‘acquired’ from the black market. To make matters worse Dylan did this without his father’s consent, and now his father is angry and wants to be switched off. Dylan must now convince him to give life a second chance.
Retrofit
[Short Movie Pitch - Completed 2015] 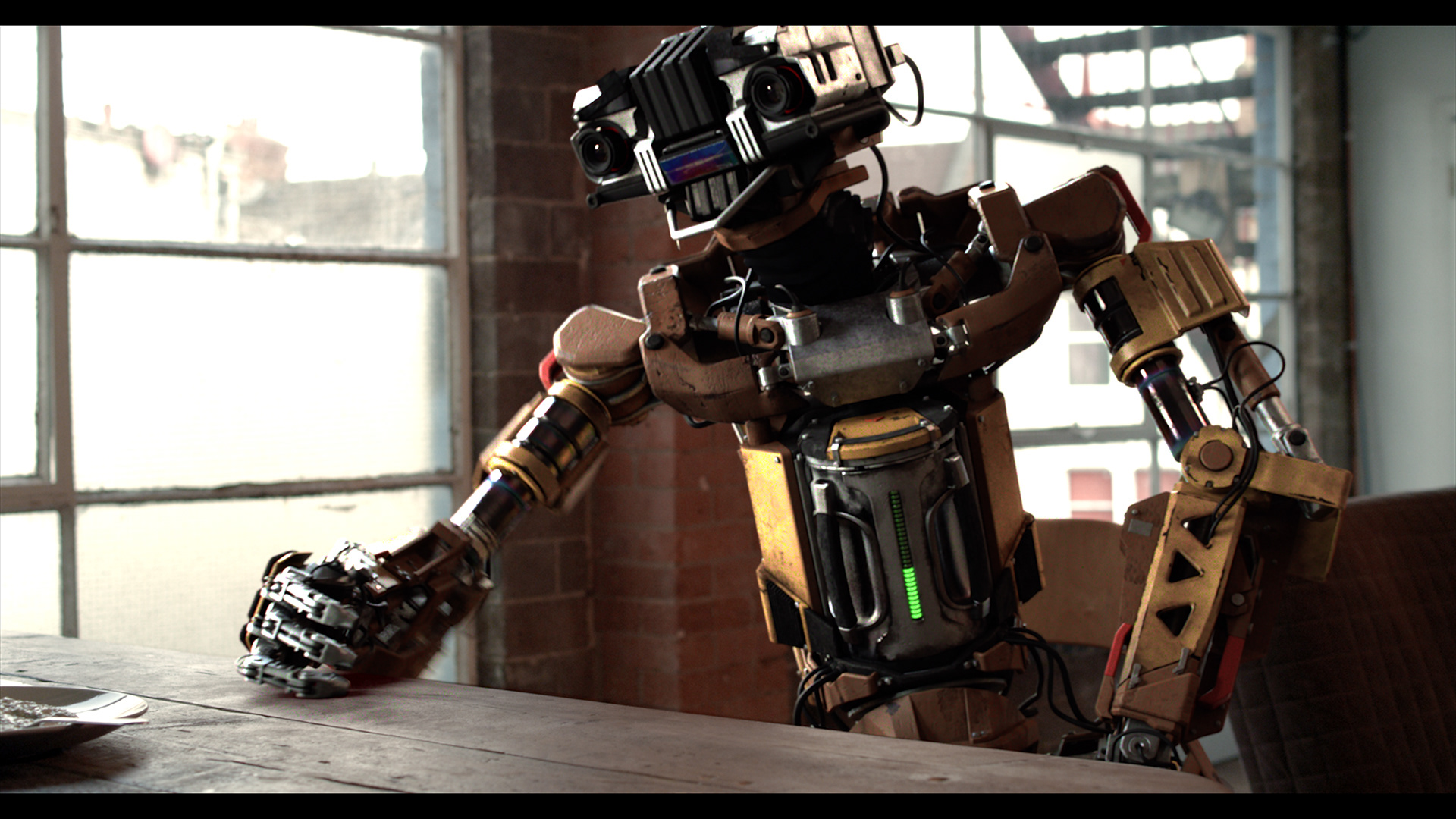 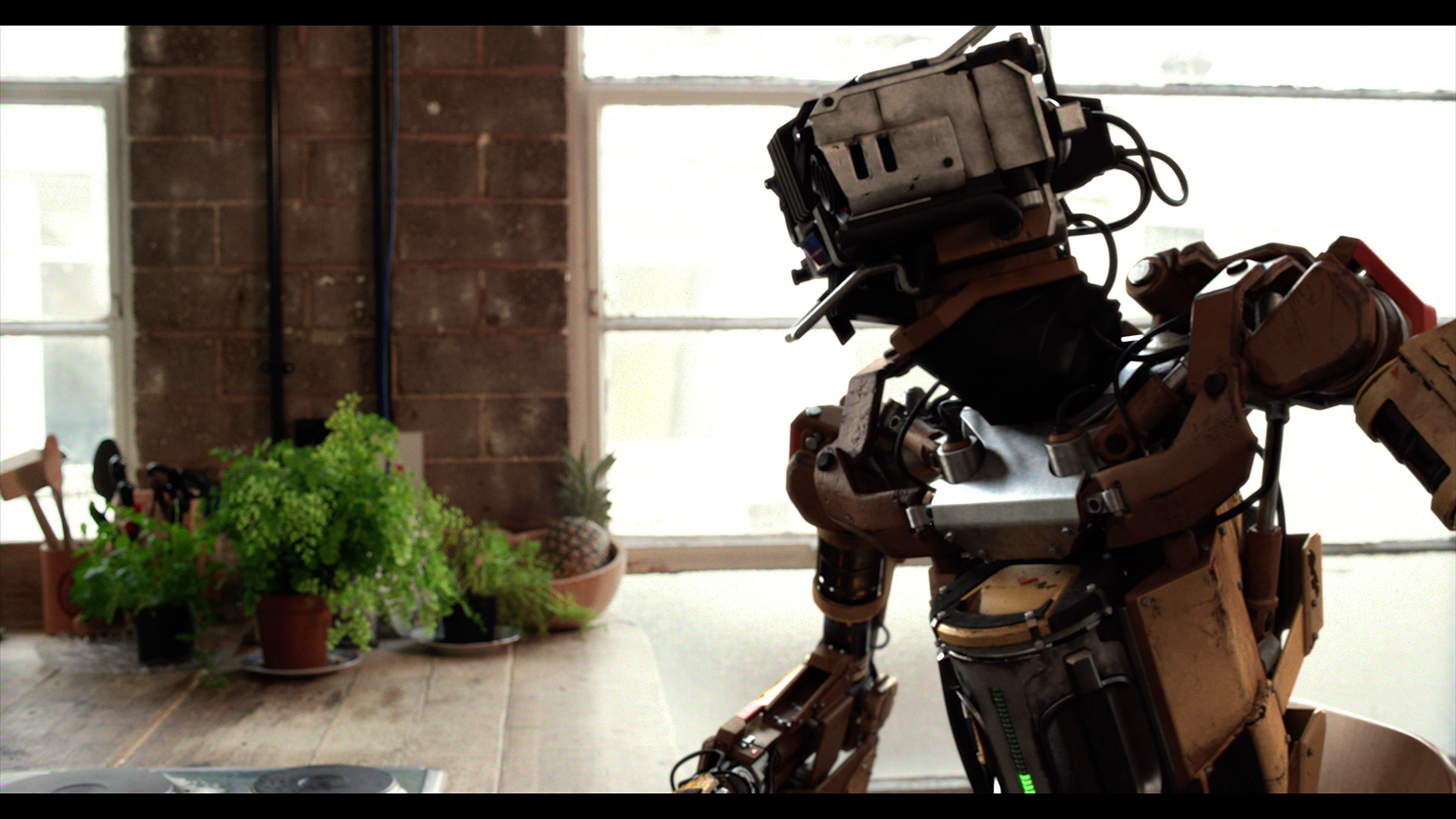 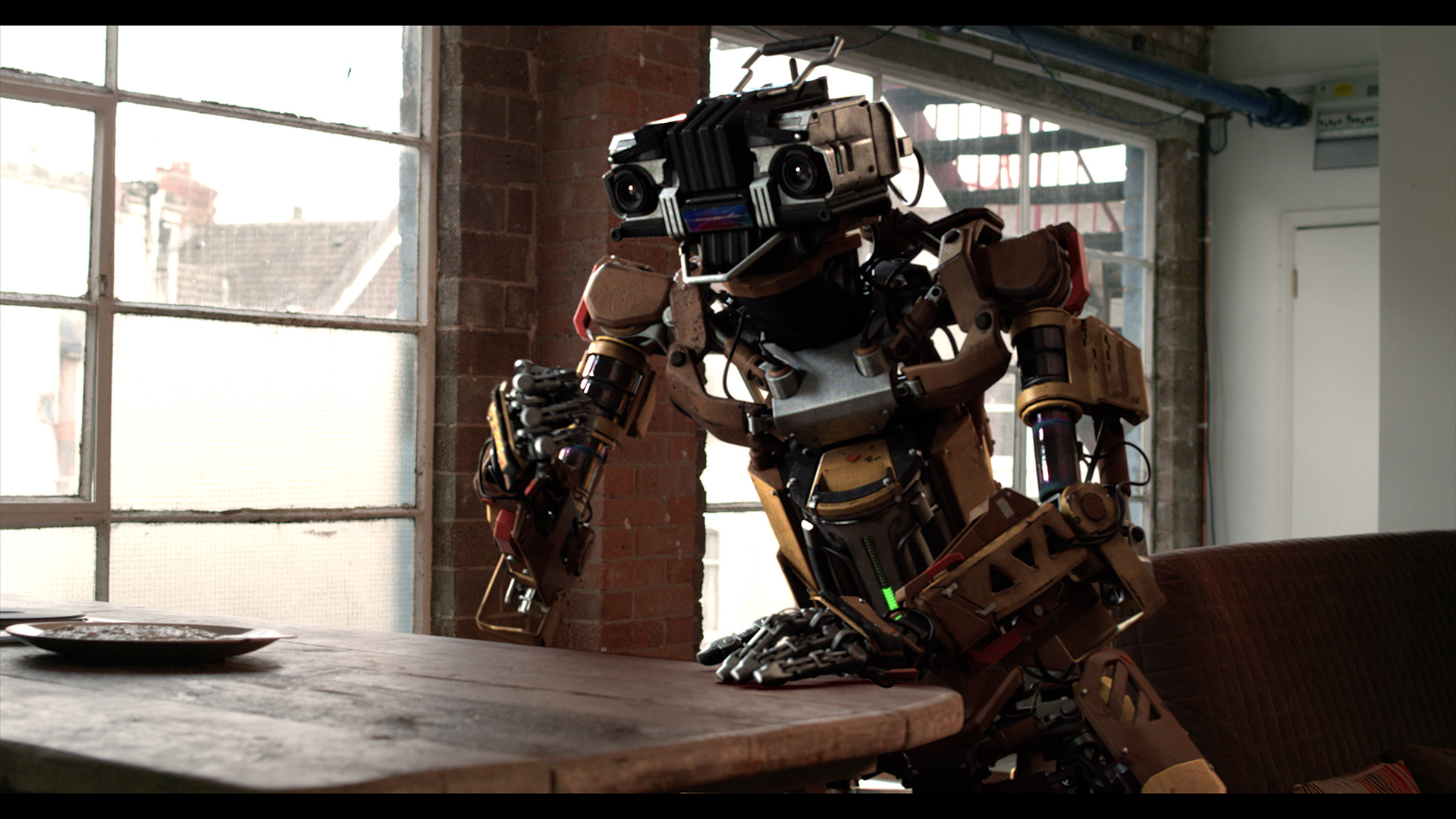 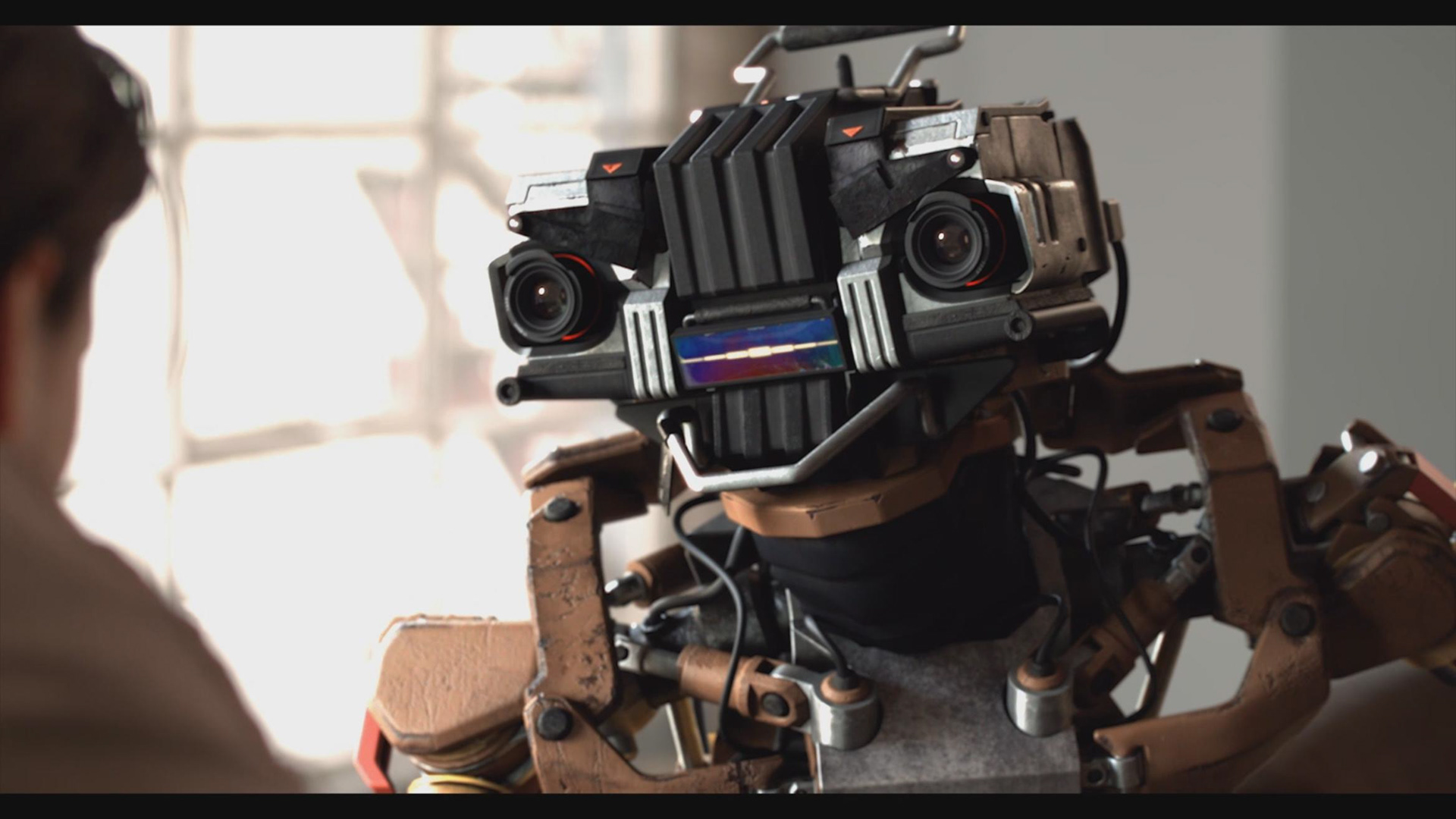 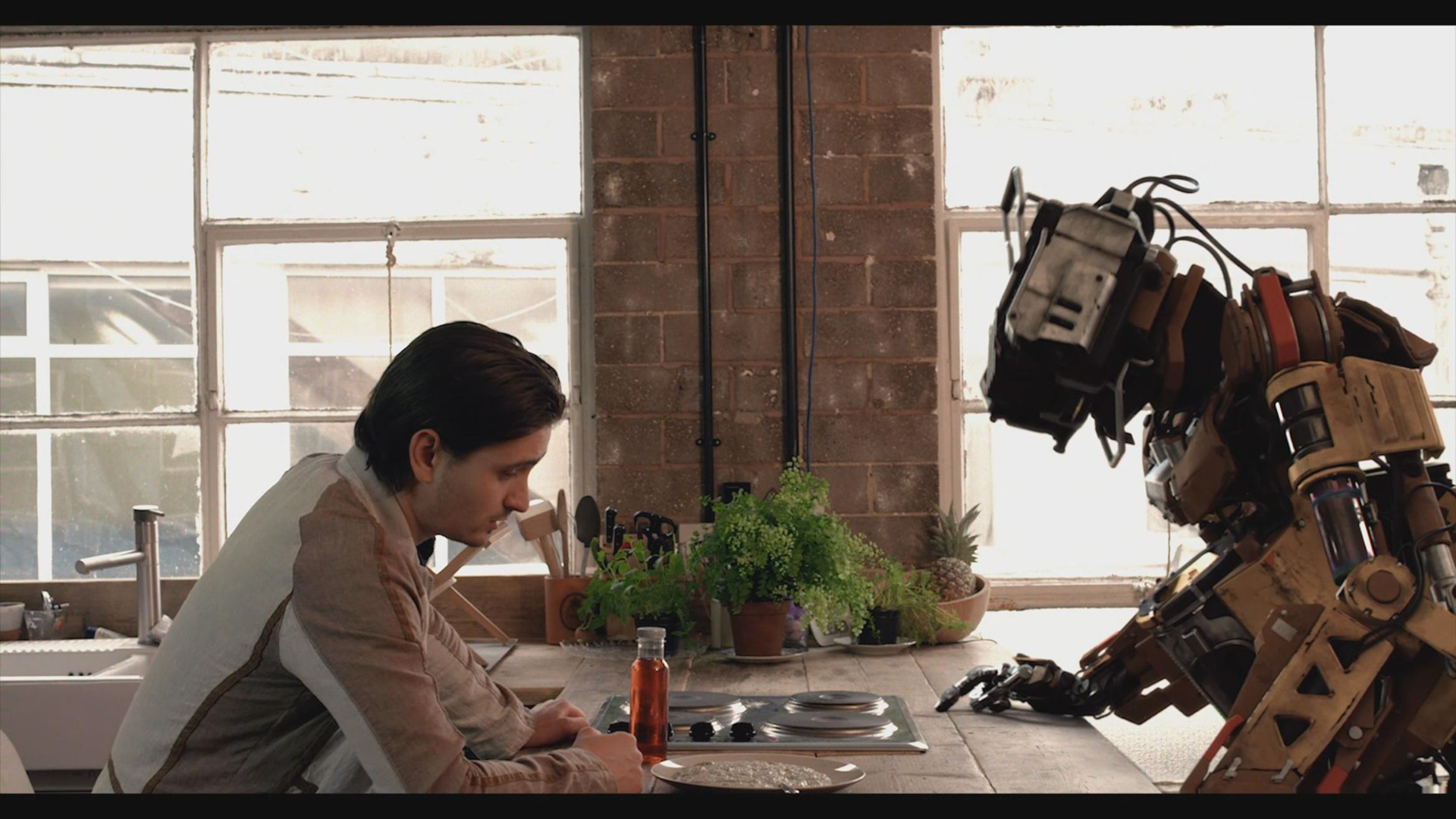 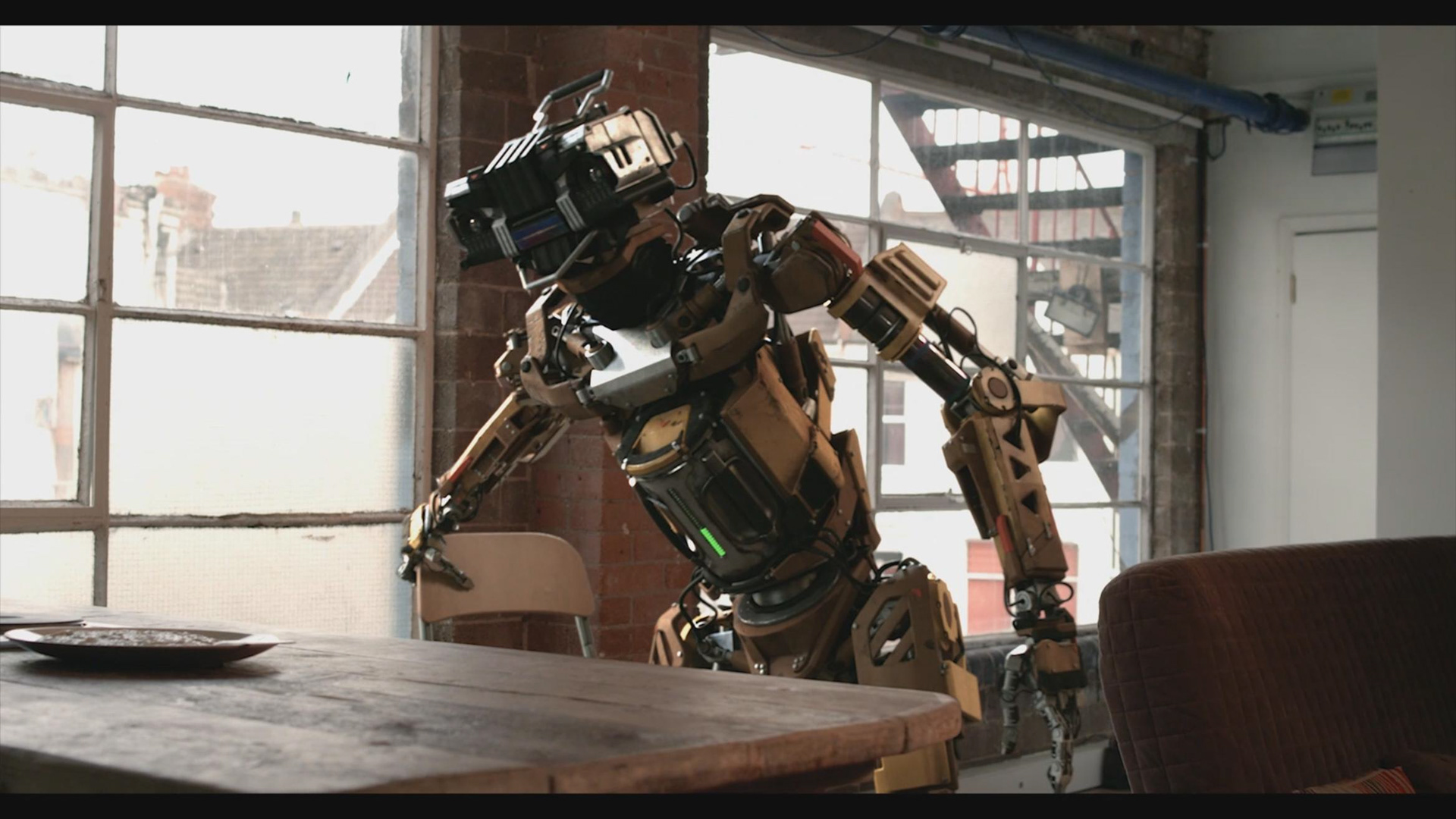 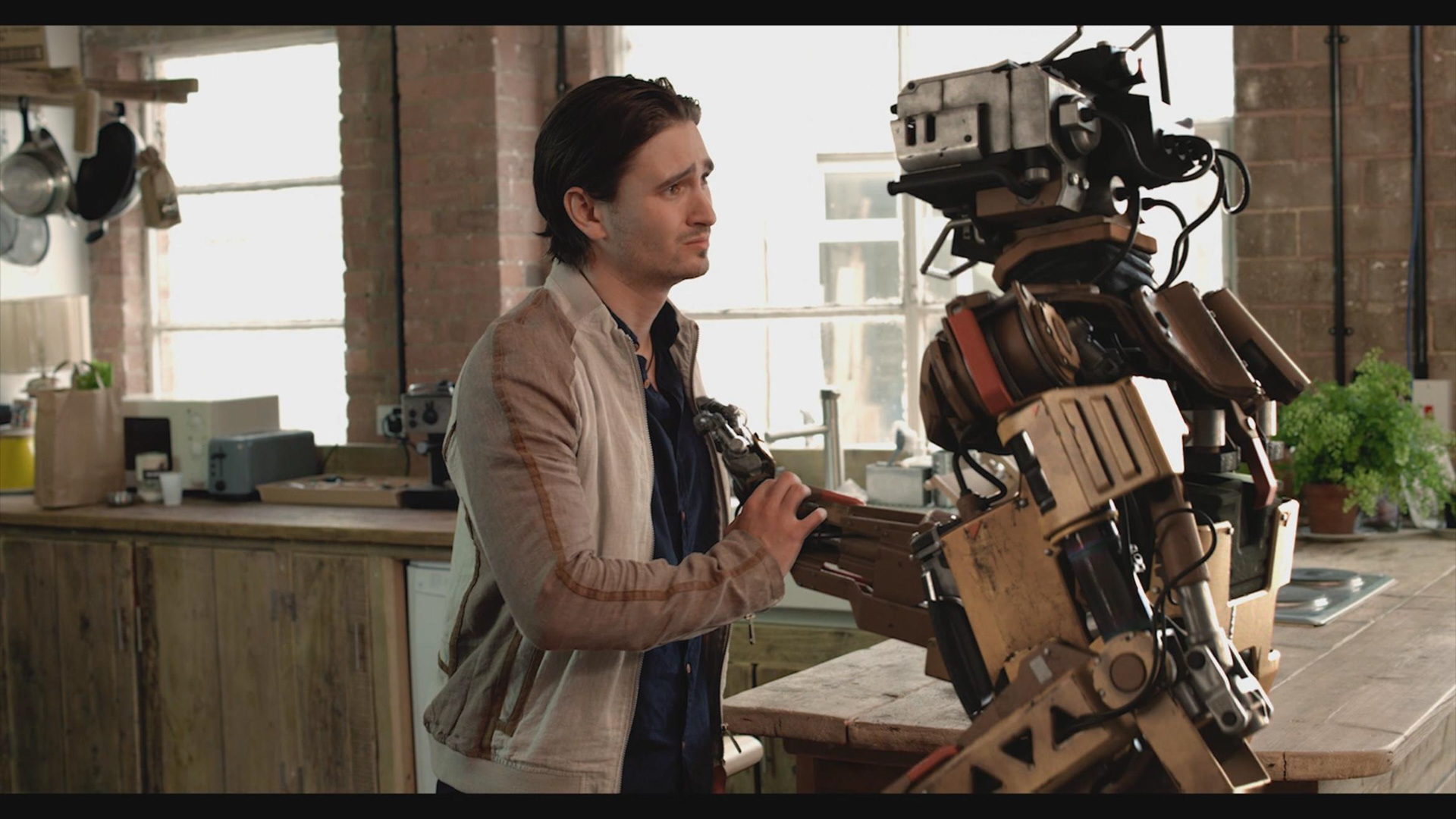 My main role on this movie was as one of the Directors.
I co-Directed all aspects of the visual effects of the production in particular the design of the main robot character from concept through modelling, rigging, look development, texturing, lighting, compositing into the final footage. I was responsible for guiding the key look of this character. The visual effects team consisted of a large number of vfx industry veterans.
I was involved in shooting the actors on set using a 4K Red Epic workflow and directing motion capture sessions at vfx post production facility Double Negative.
I directed the audio team and the Renderfarm facility.
I edited the final movie using Redcine X and Premier Pro/After Effects and Davinci Resolve.
I was responsible for acquiring a lot of the talented people who worked on the project. Between us we managed the actors as well as over 50 visual effects and video game industry professionals (who worked anywhere from Weta Digital on Avatar and The Lord of the Rings, to the highly respected UK post production houses Double Negative, Cinesite and Framestore working on Gravity, Harry Potter and pretty much every major visual effects driven movie released in the last decade), and support crew.
Was one of two executive producers on the project.
Responsible for delivering the final cut to the producer.
______________________
Making Retrofit 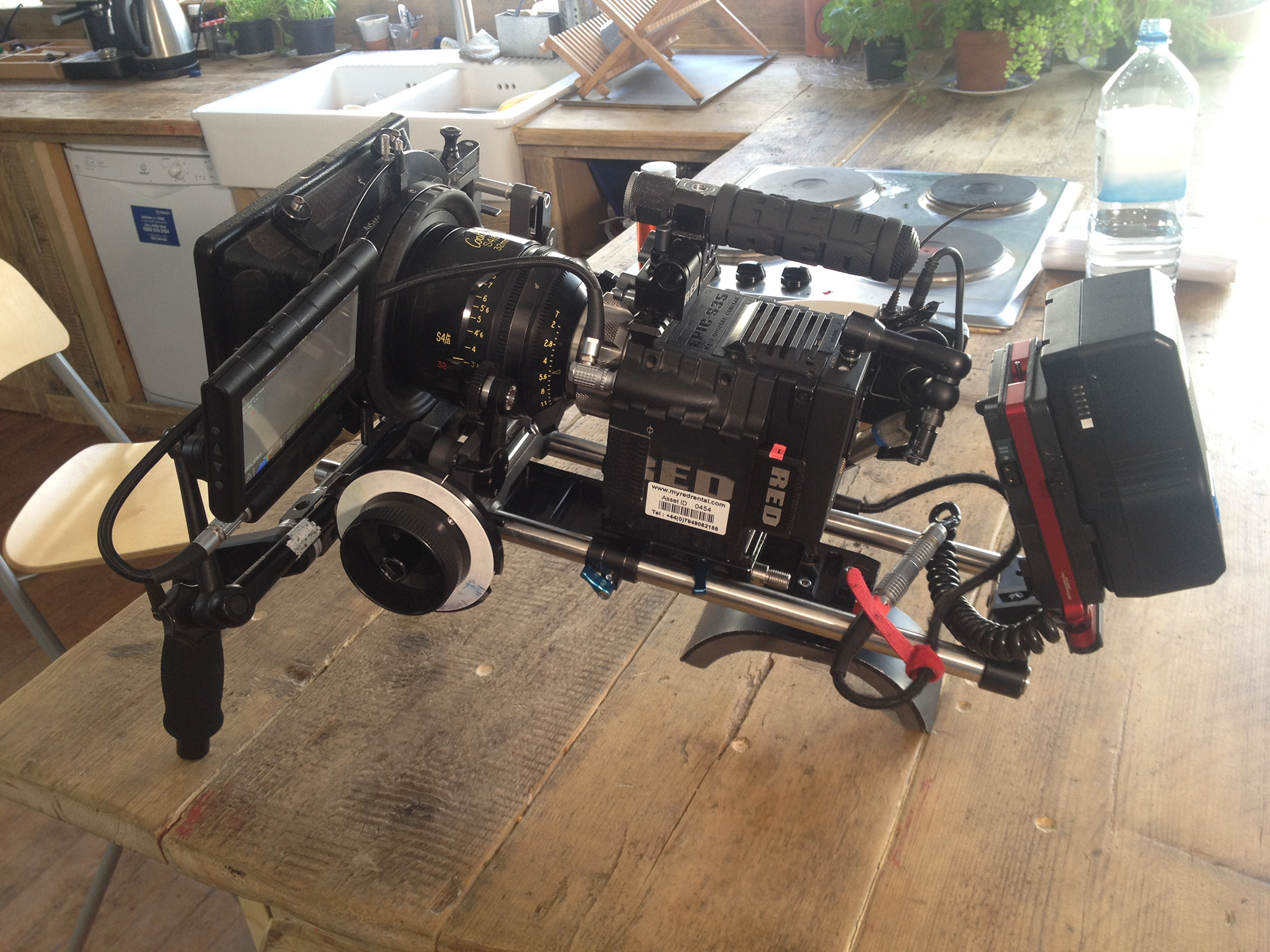 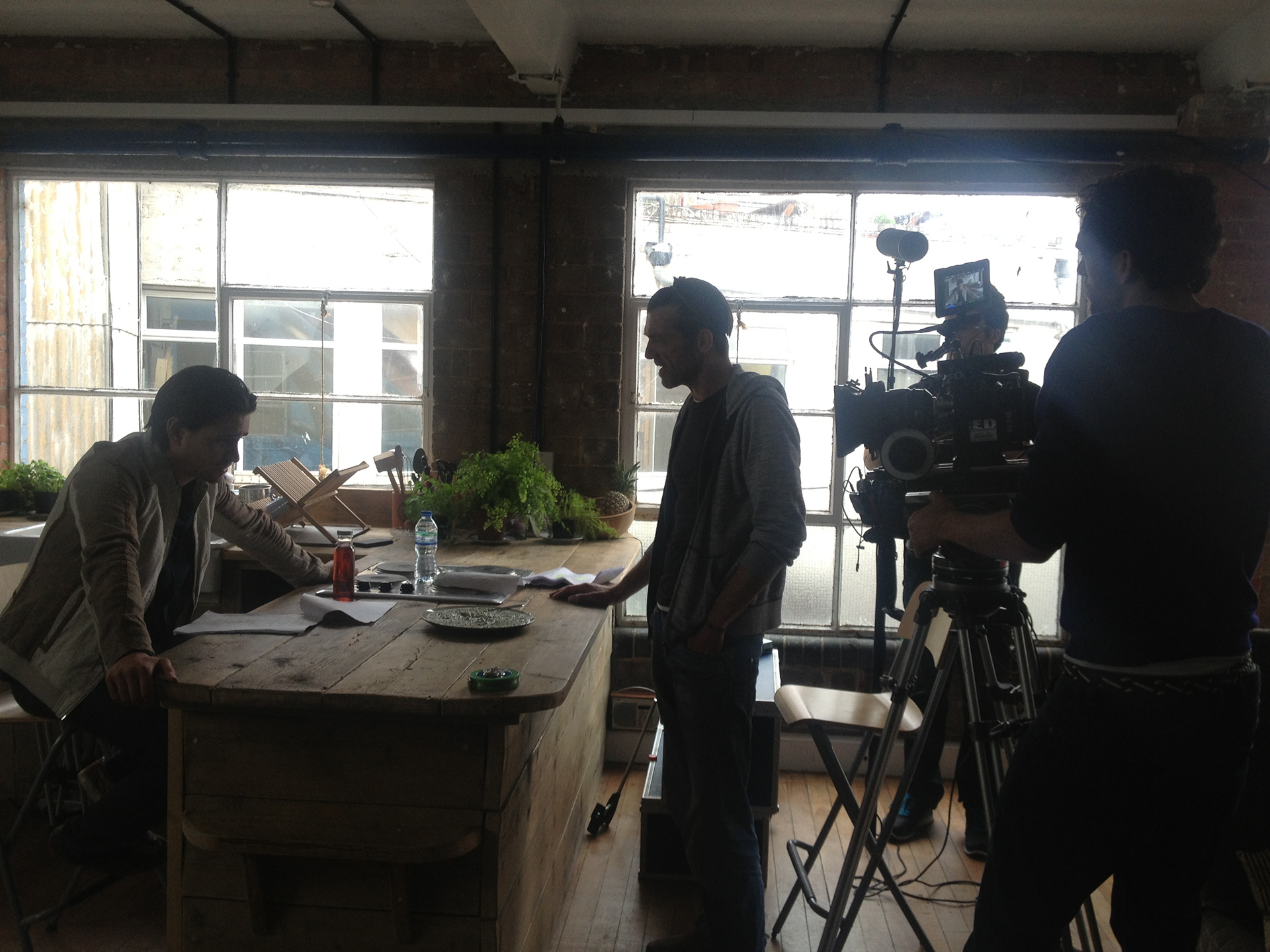 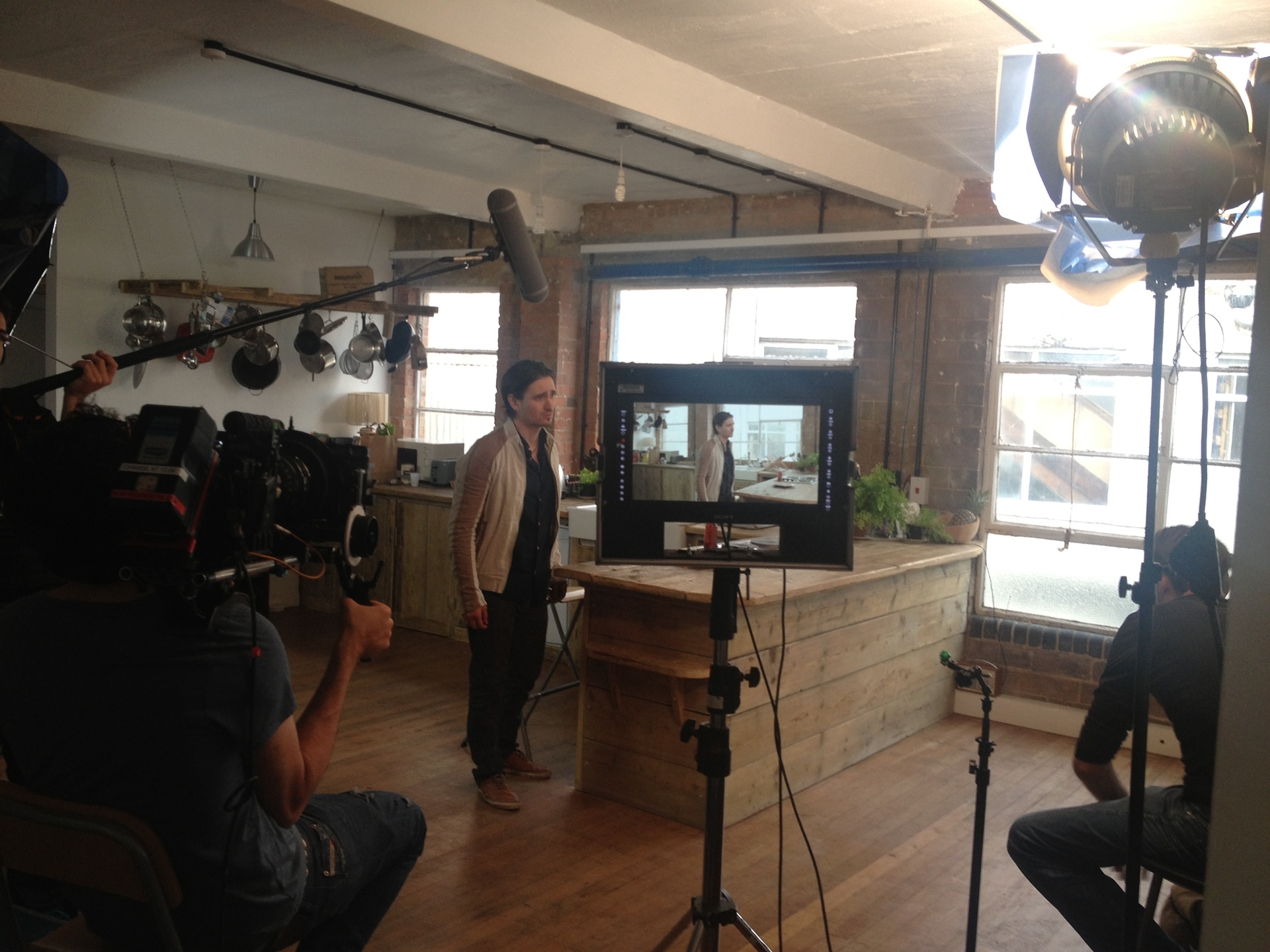 We pitched the movie directly to Paramount and received very positive feedback. I met with their executives several times to discuss the development of the project and paramount reviewed the pitch in their offices across the globe for two months (we tracked the views of a private version of the video) while they awaited the release of Chappie. Unsurprisingly, with the failure of that movie Paramount walked away from developing an indie movie about a sentient robot.​
______________________
Other Short Movie Work
[Another B-Movie - Work In Progress]
Another B-Movie: In A Spin is a fully CGI short movie about a curious alien who has dreams of being a test pilot. While working in a test facility he seizes his chance to get a taste of that dream but it all goes wrong... All sets and props for this short were modelled by myself using Maya and Terragen and I also rigged the alien character. I am using this short as an exercise to study character and rigid body animation techniques. 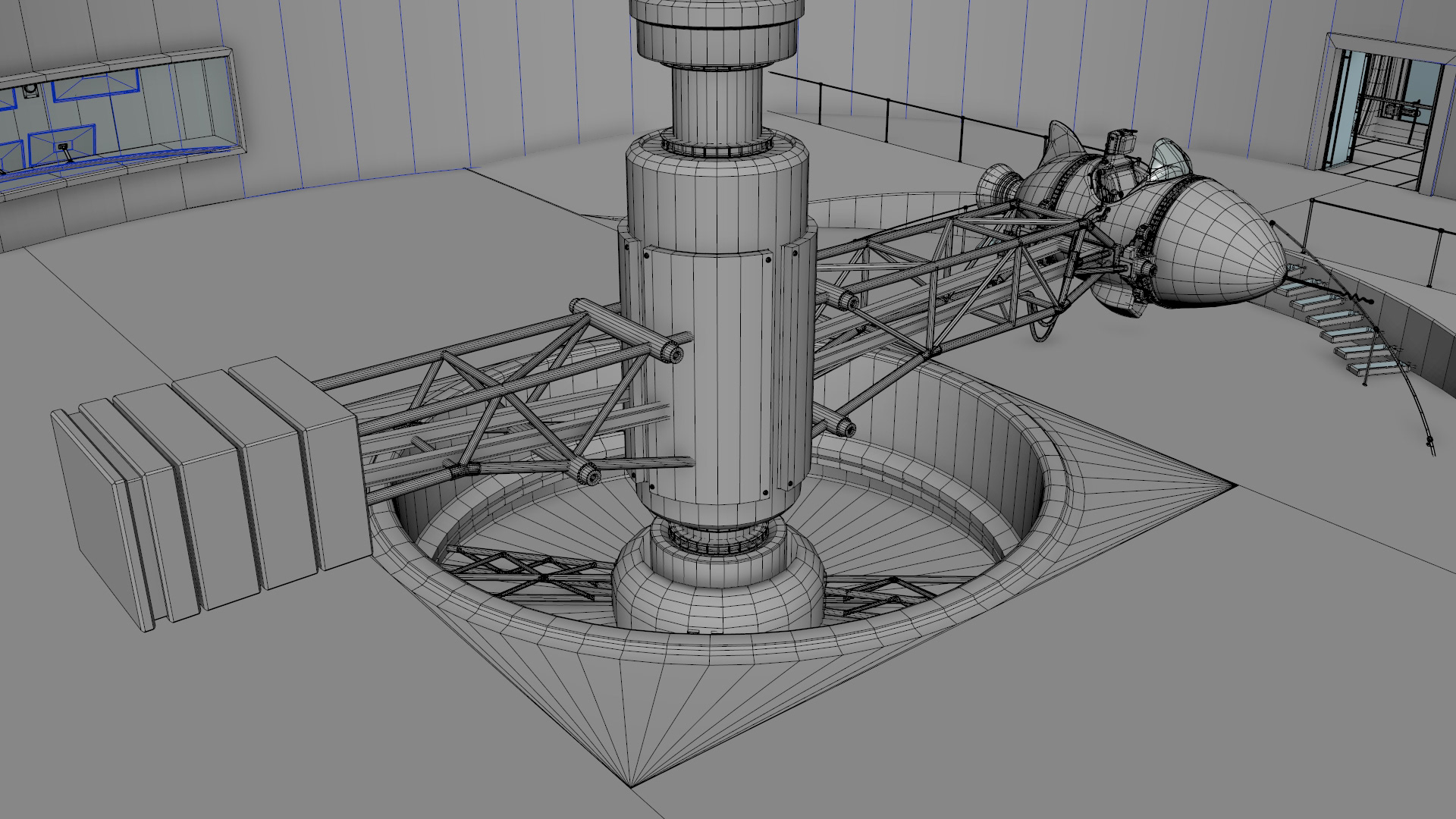 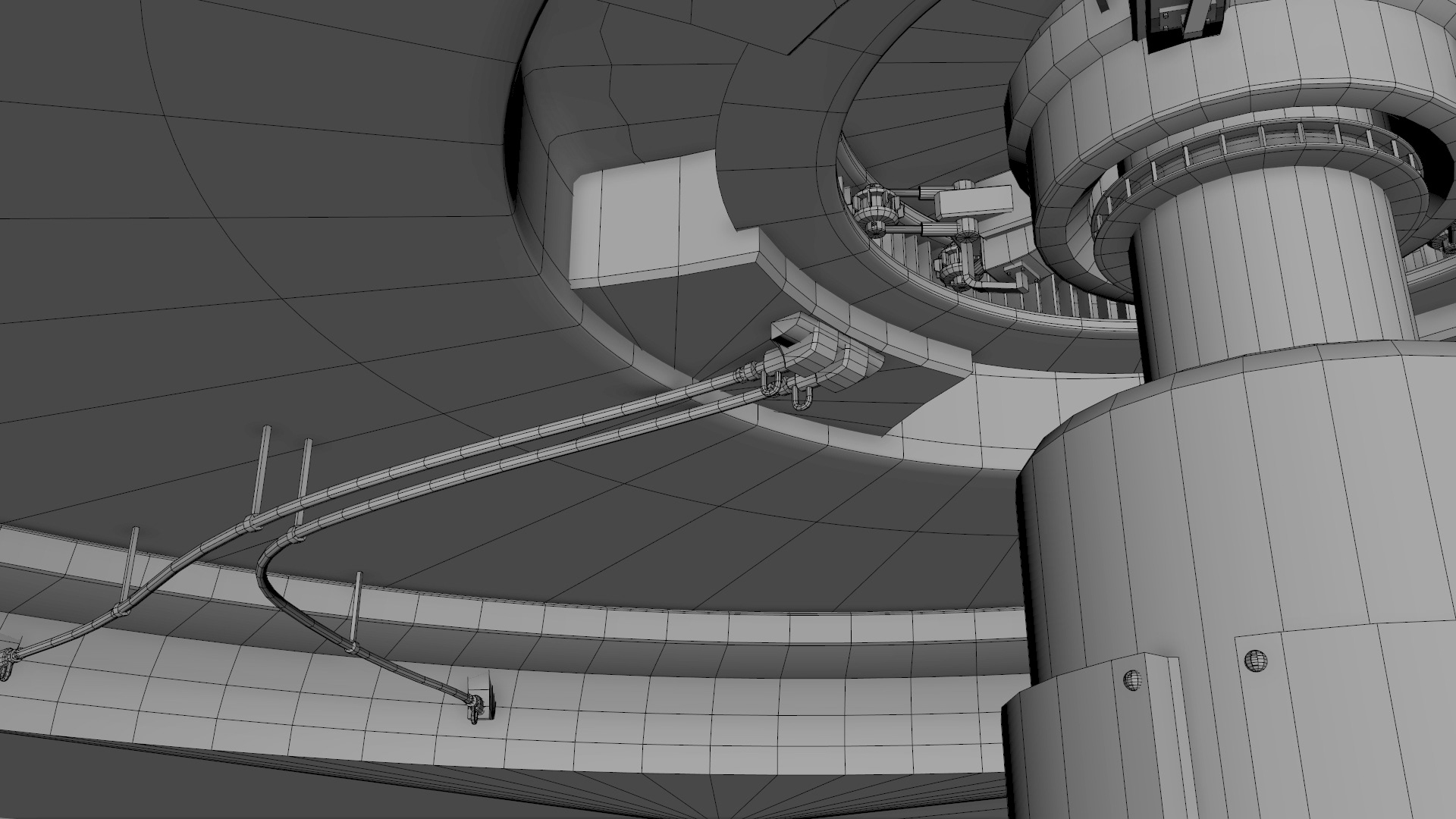 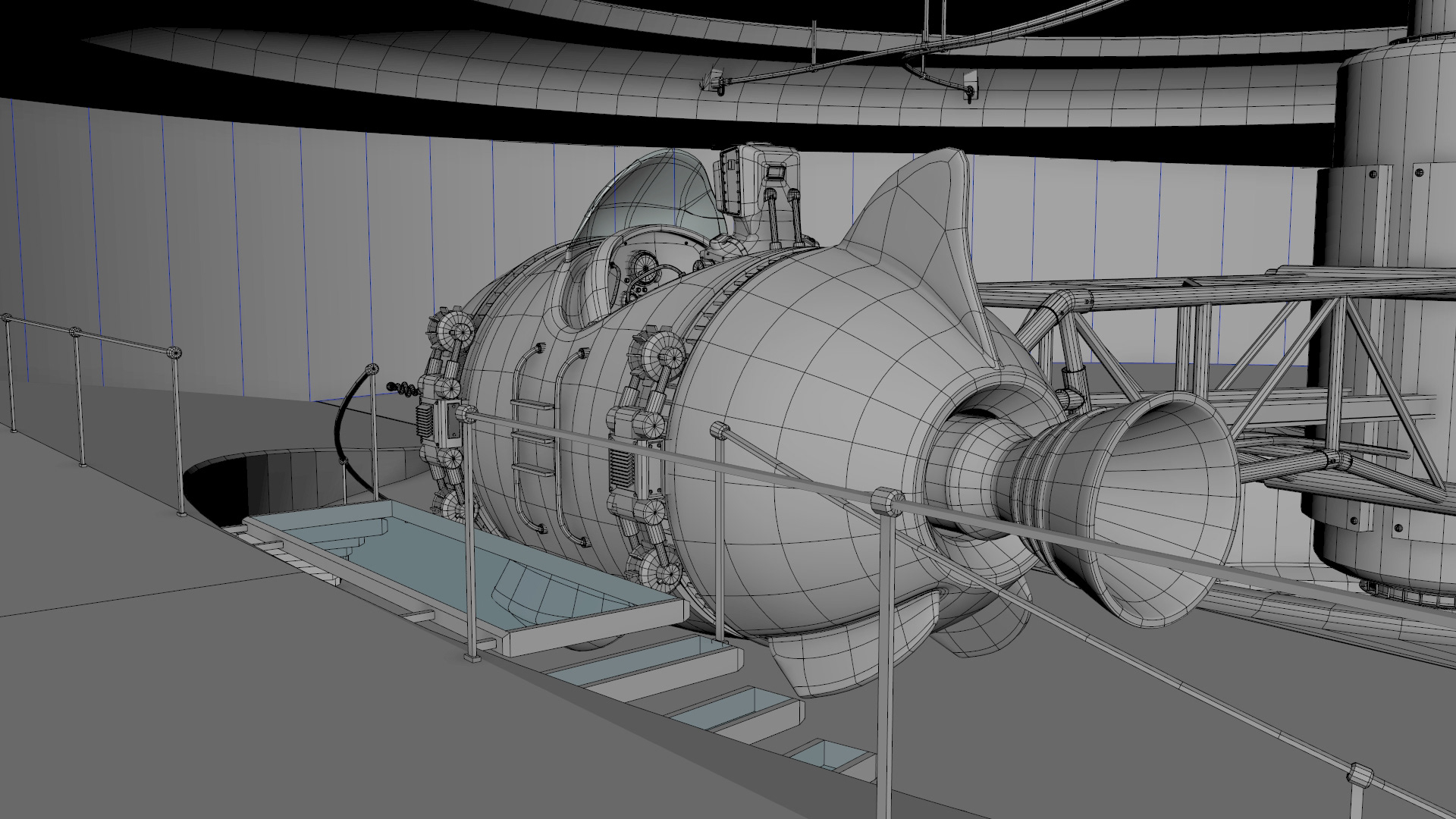 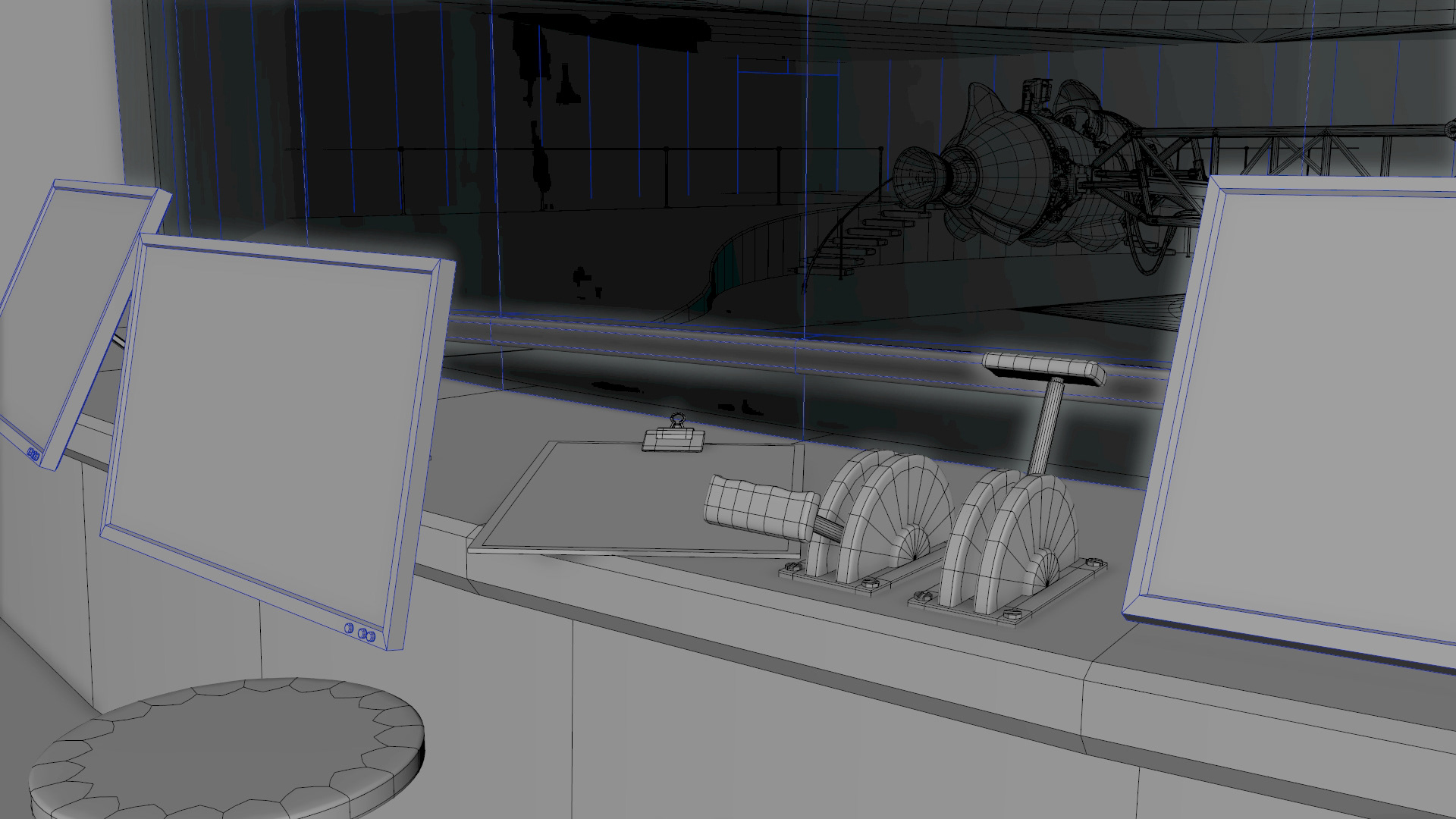 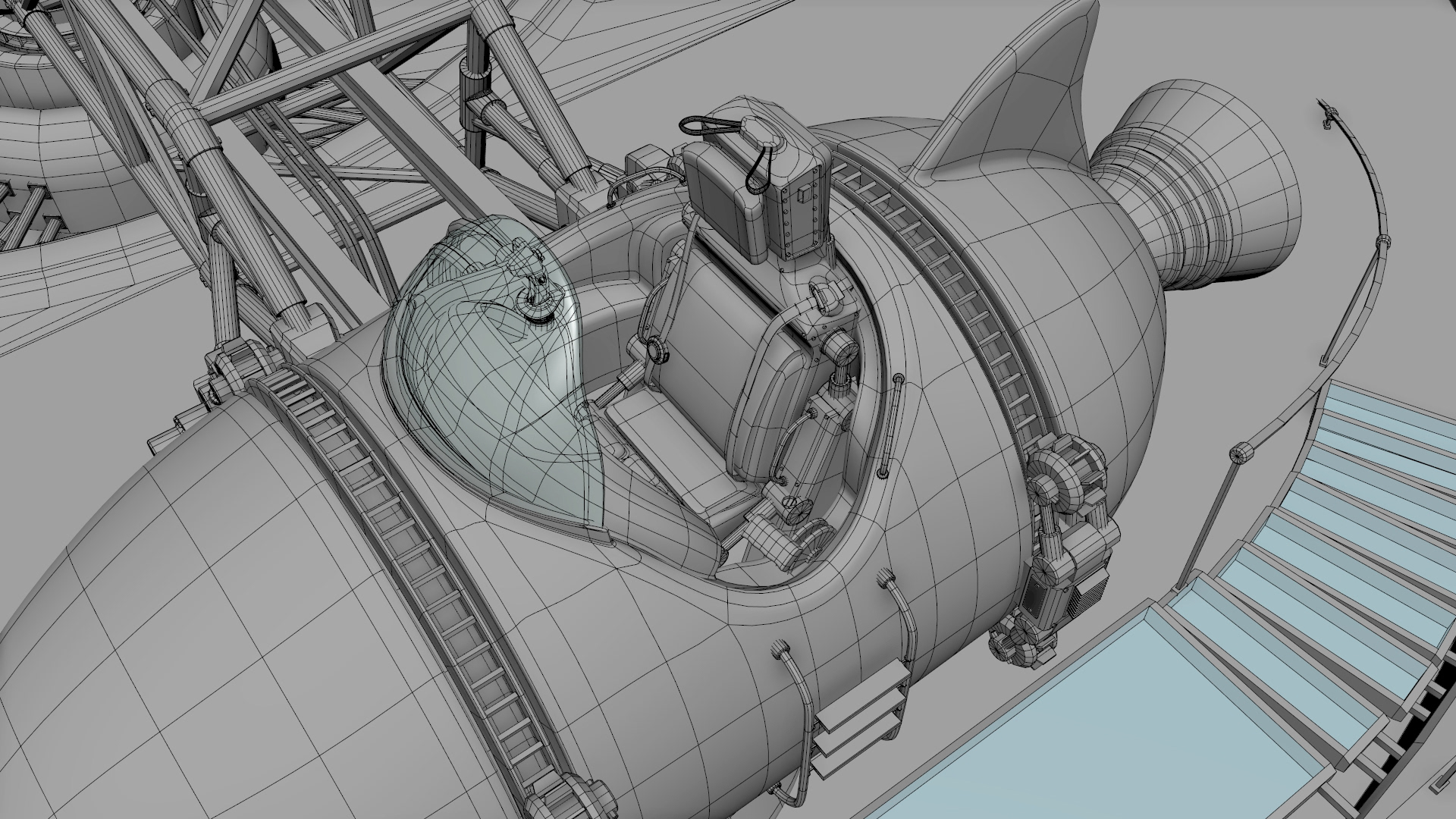 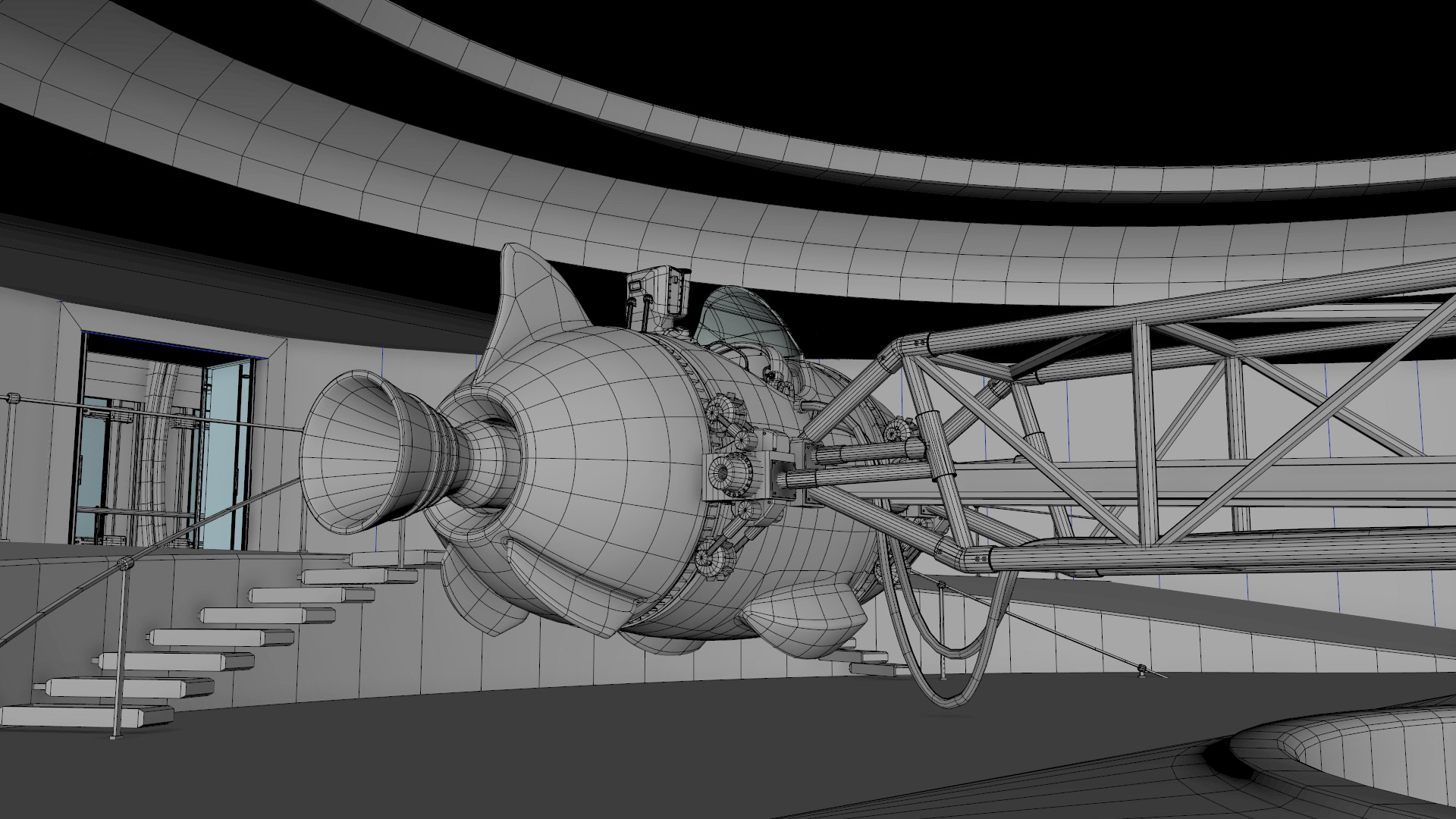 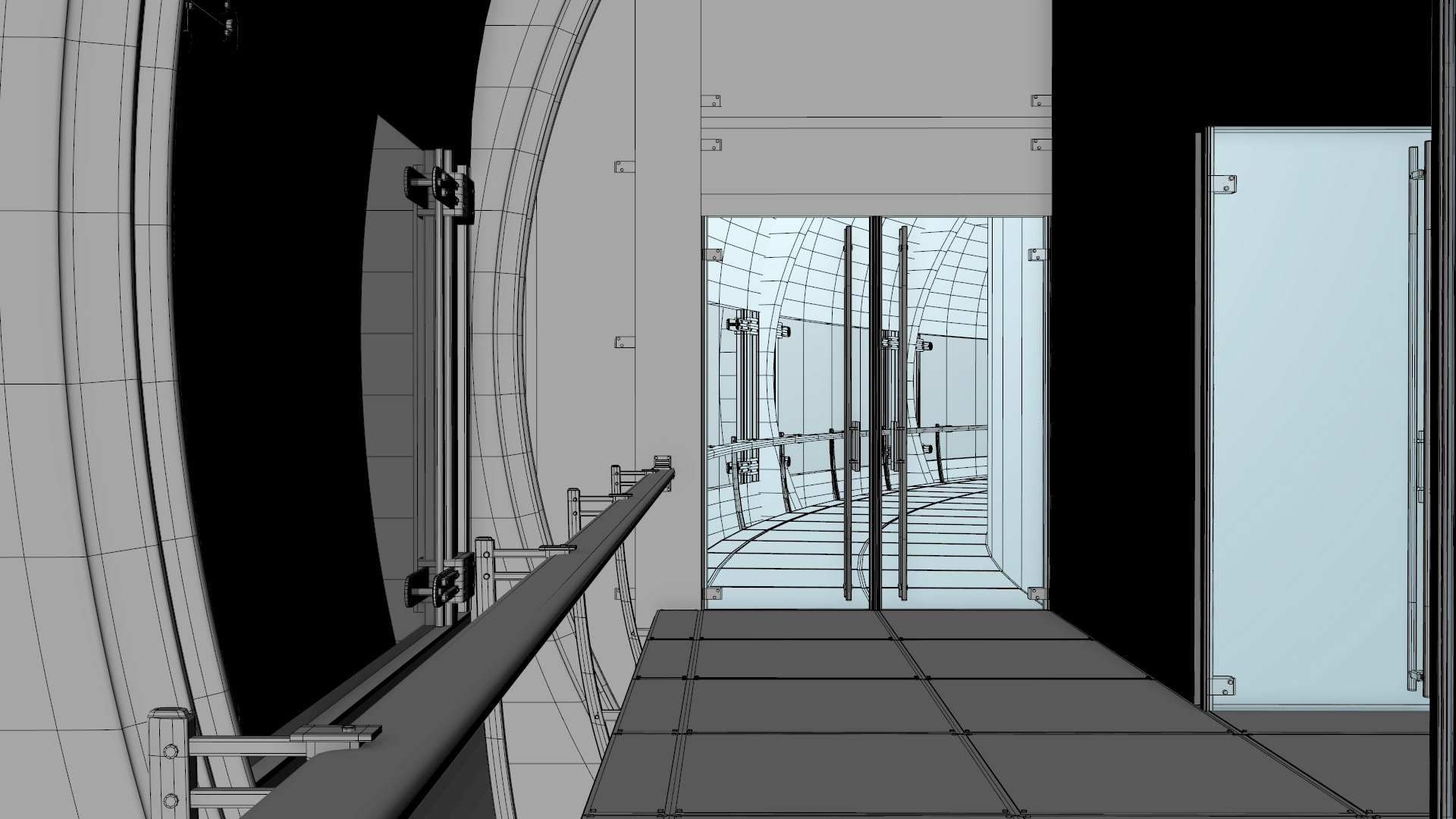 For this short movie I modelled the sets and props including the "test pod" using a variety of modelling techniques in Maya. I wrote the story and created the storyboards. I modeled all props, terrain and sets in Autodesk Maya and Terragen, rigged the main character.
Currently studying and working on the character animation. 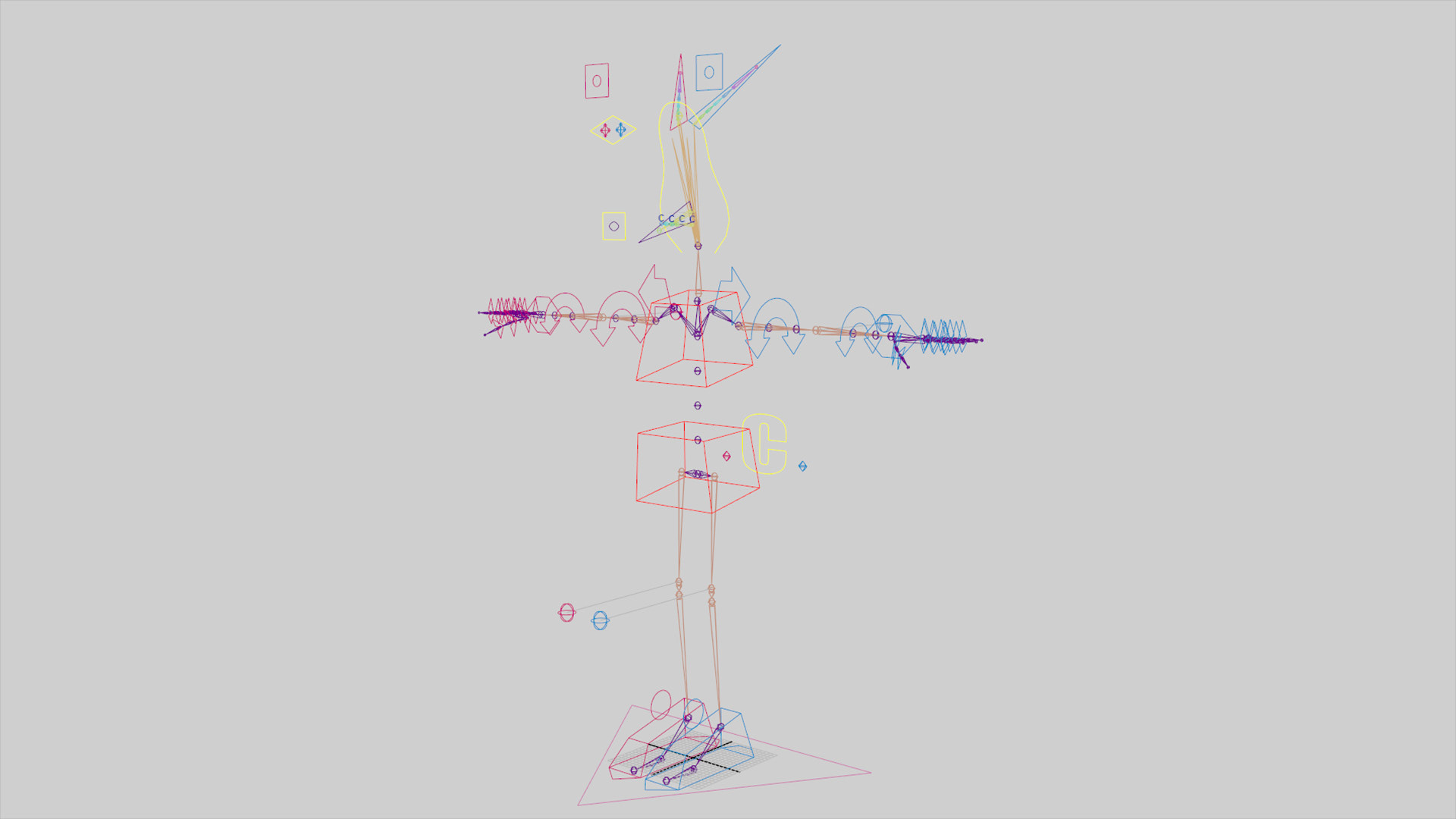 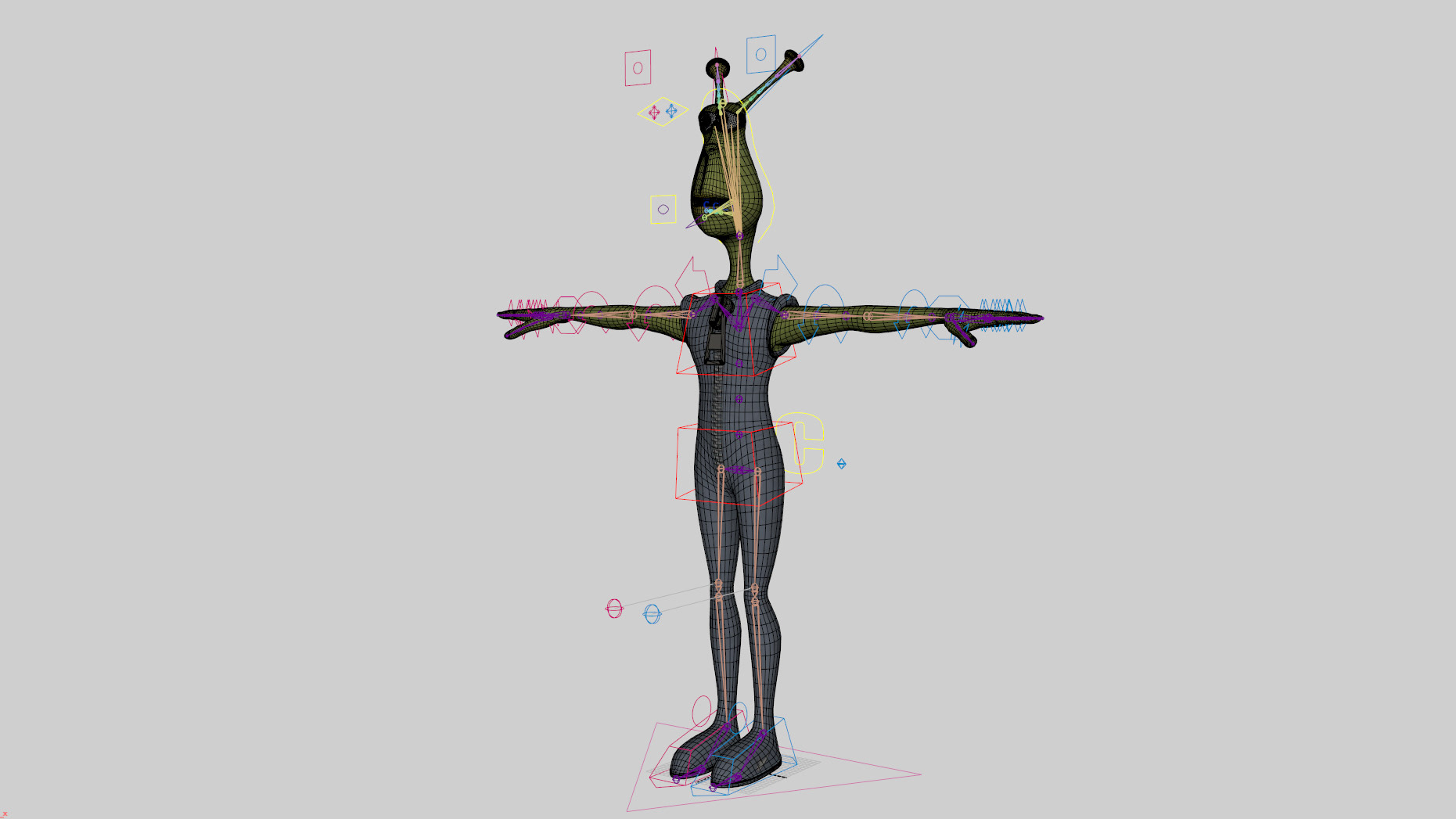 I created the rig used for animating the main alien characters based on a tutorial by Digital Tutors which I modified and adapted to suit the aliens unconventional proportions and antennae. The rig allows for both forward and inverse kinematics. 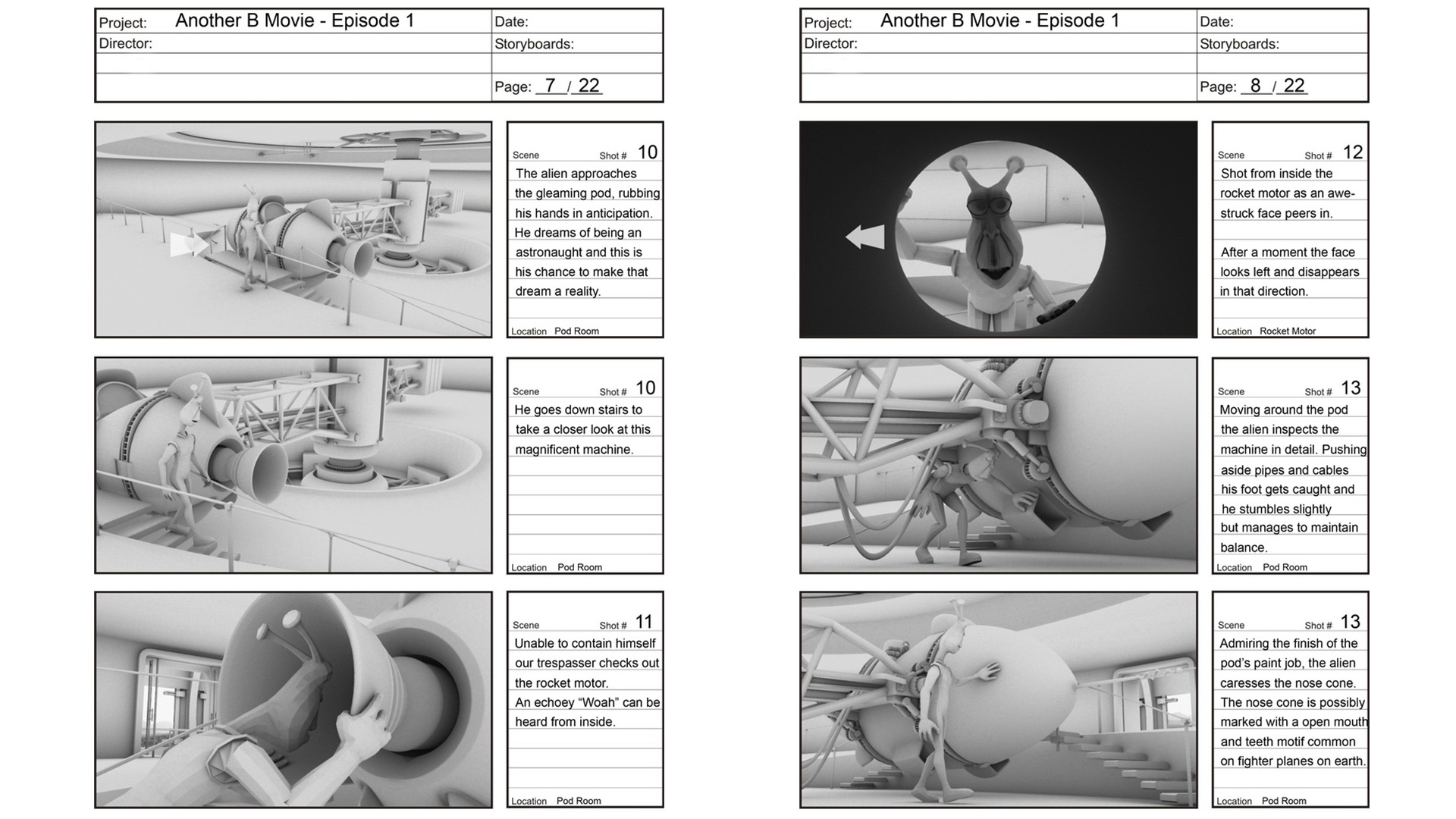 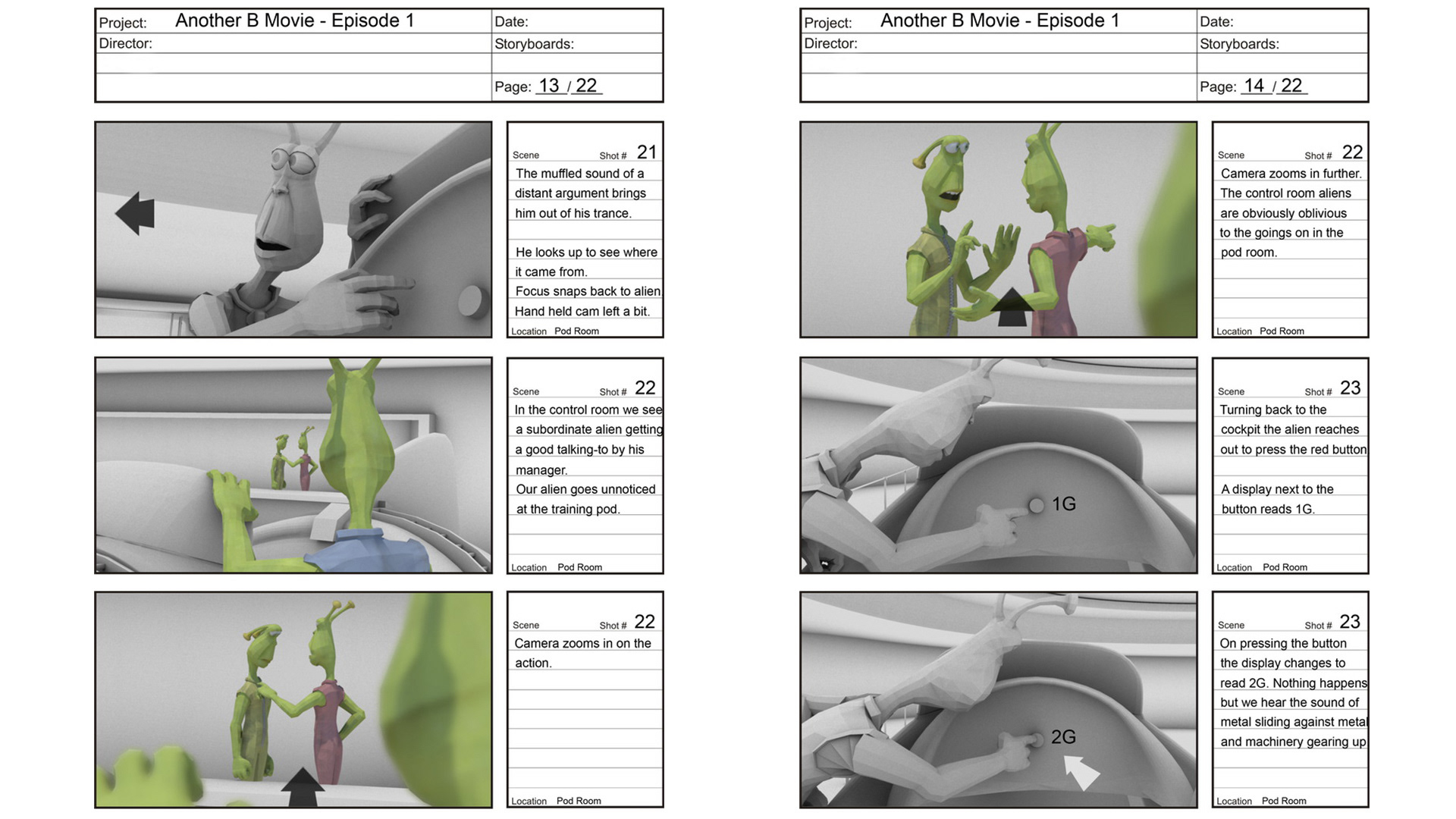 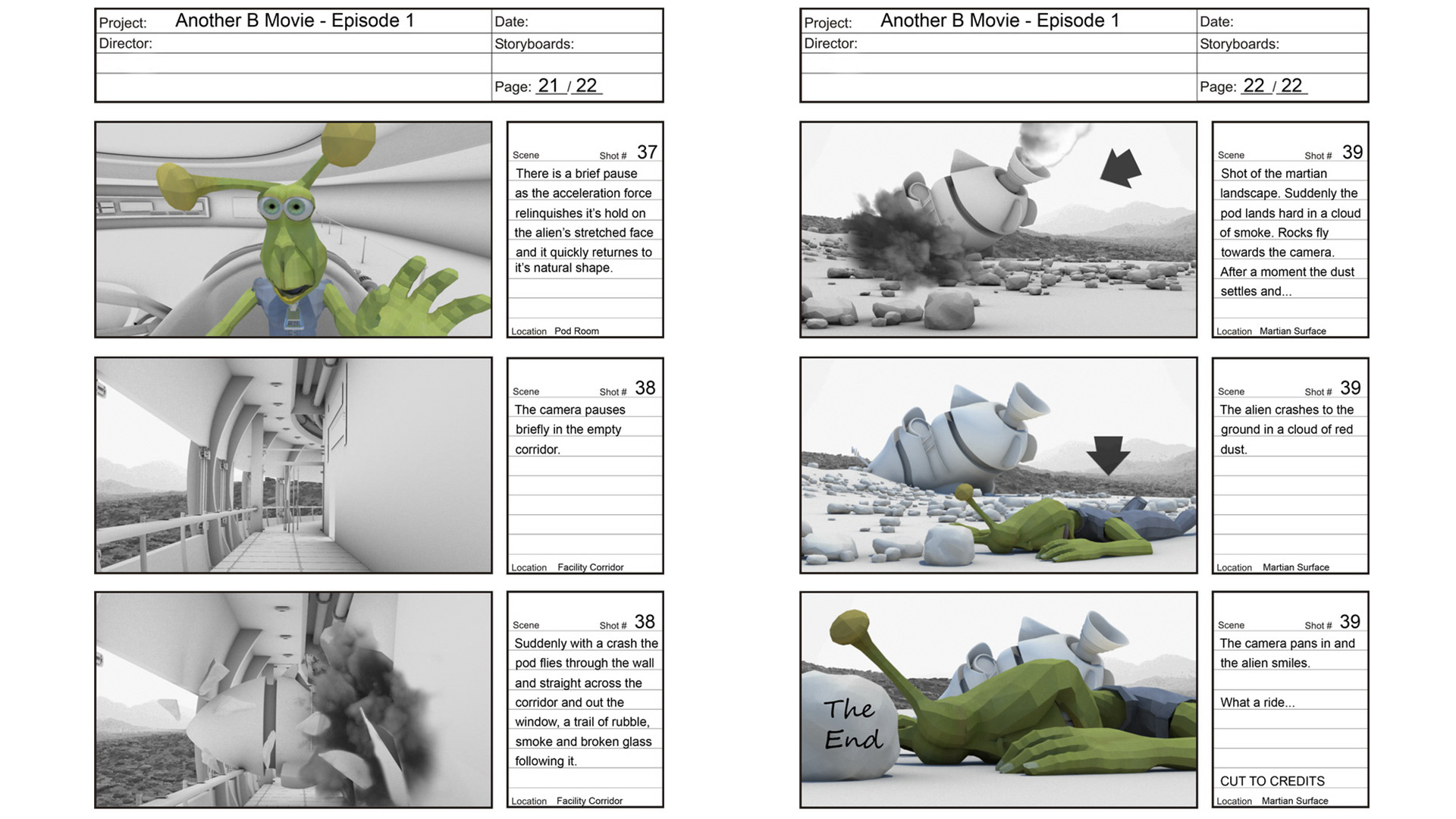 Sample Story Boards
______________________
Other Imagescope Work
[Various Work For Freelance Contracts]
While working as part of Imagescope I have been lucky enough to be involved with a number of projects including an indie movie released to cinema, a pitch for a cartoon TV series picked up by Netflix and a VR project to support medical research into the treatment of post traumatic stress disorder (PTSD). 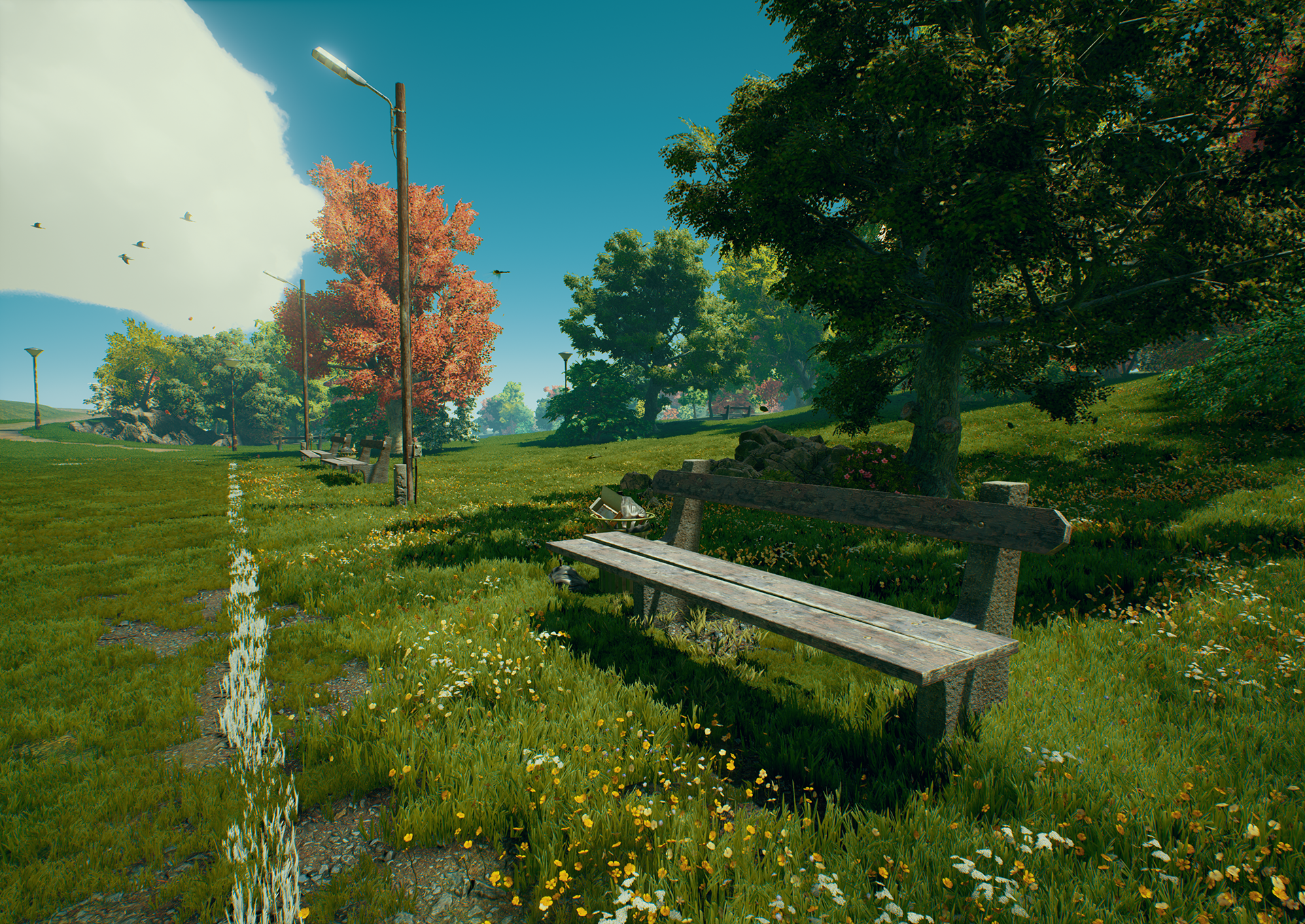 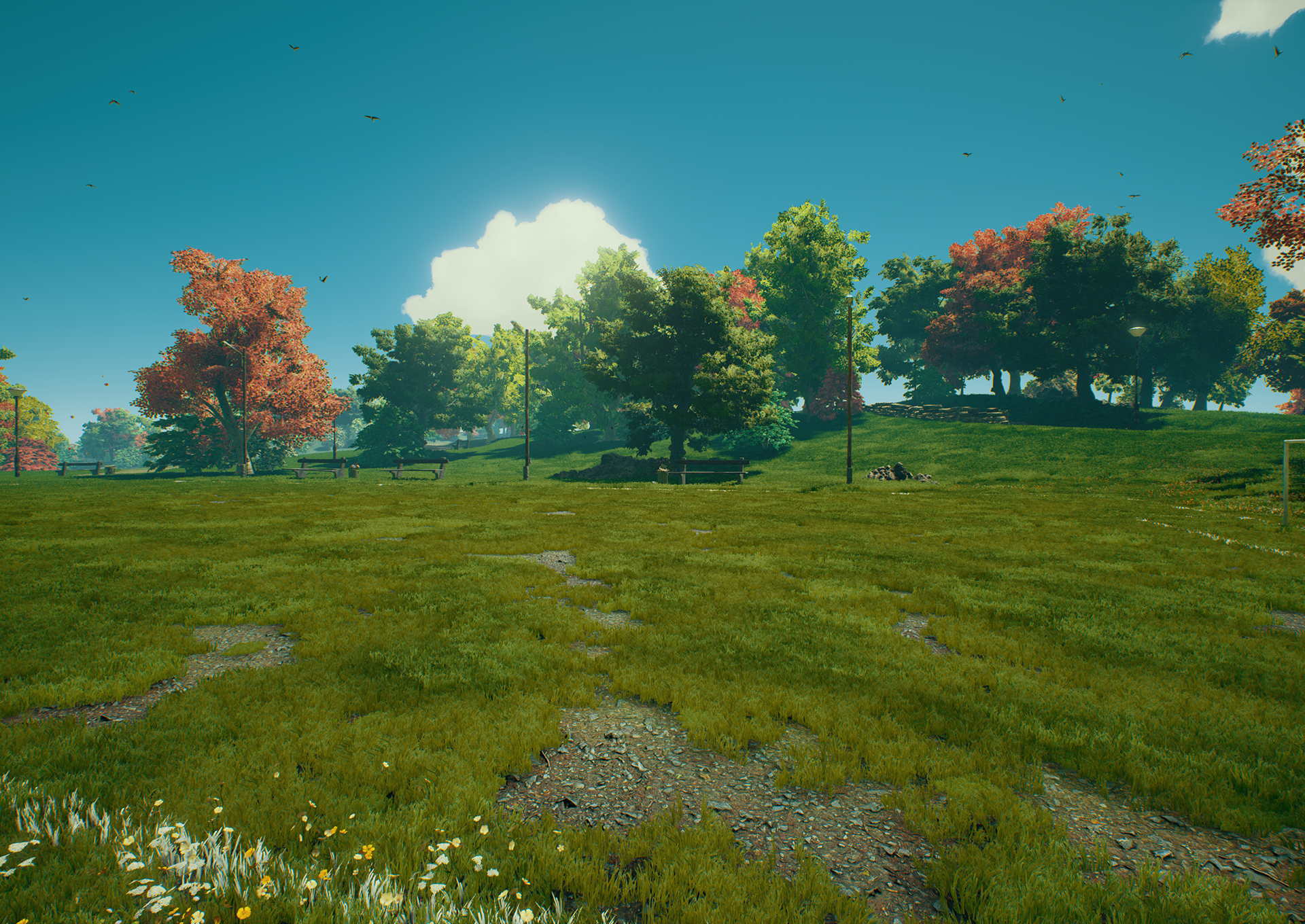 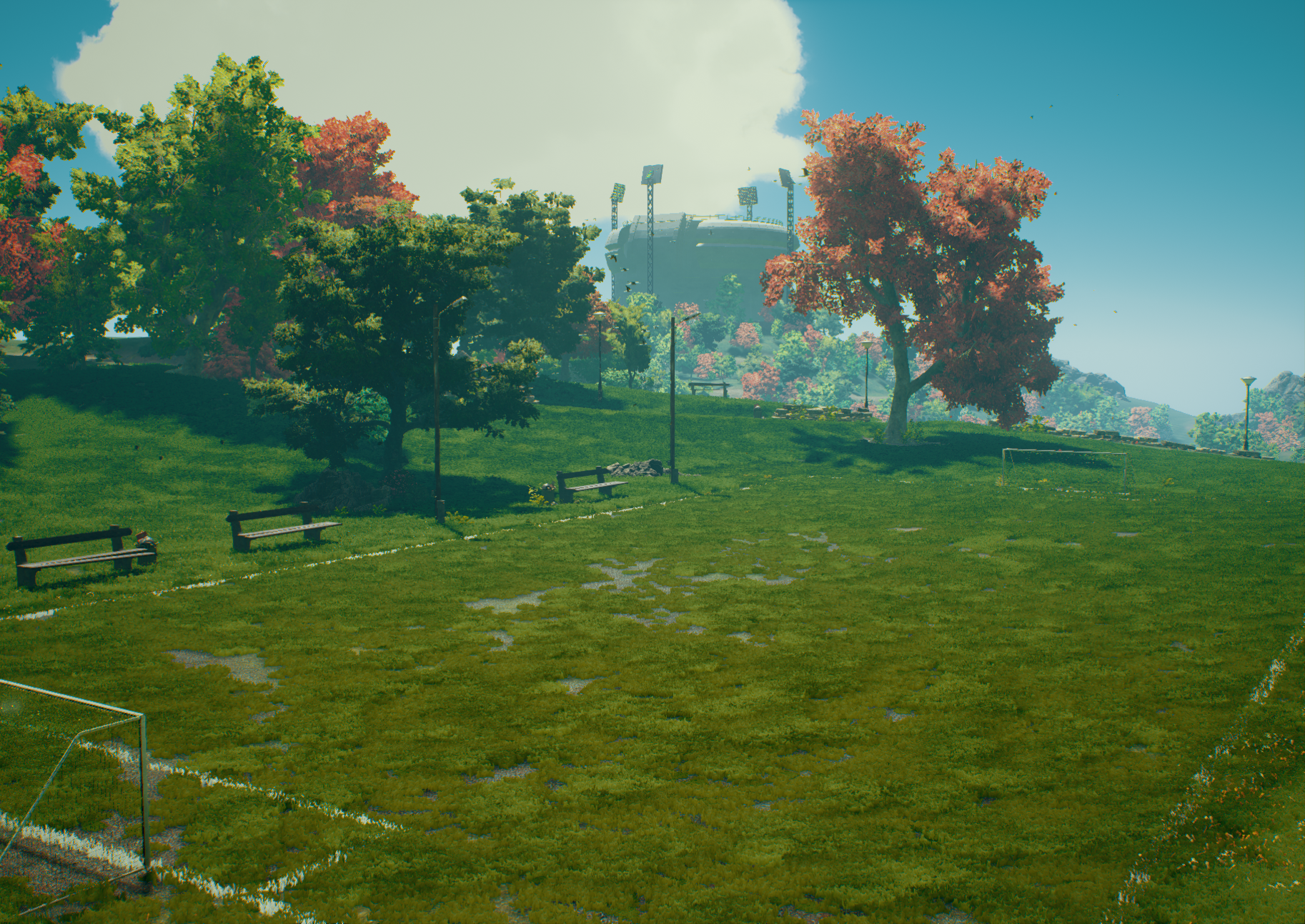 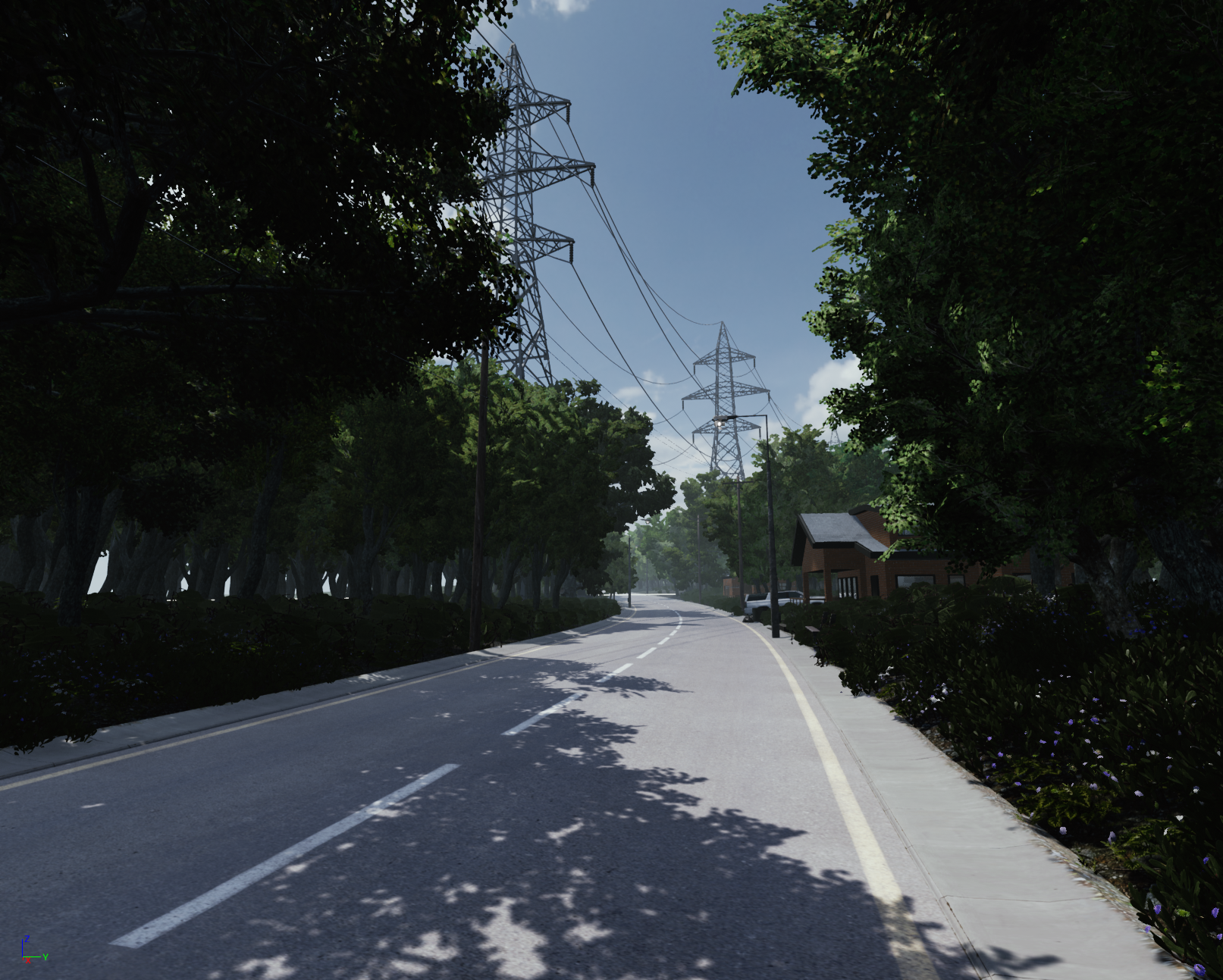 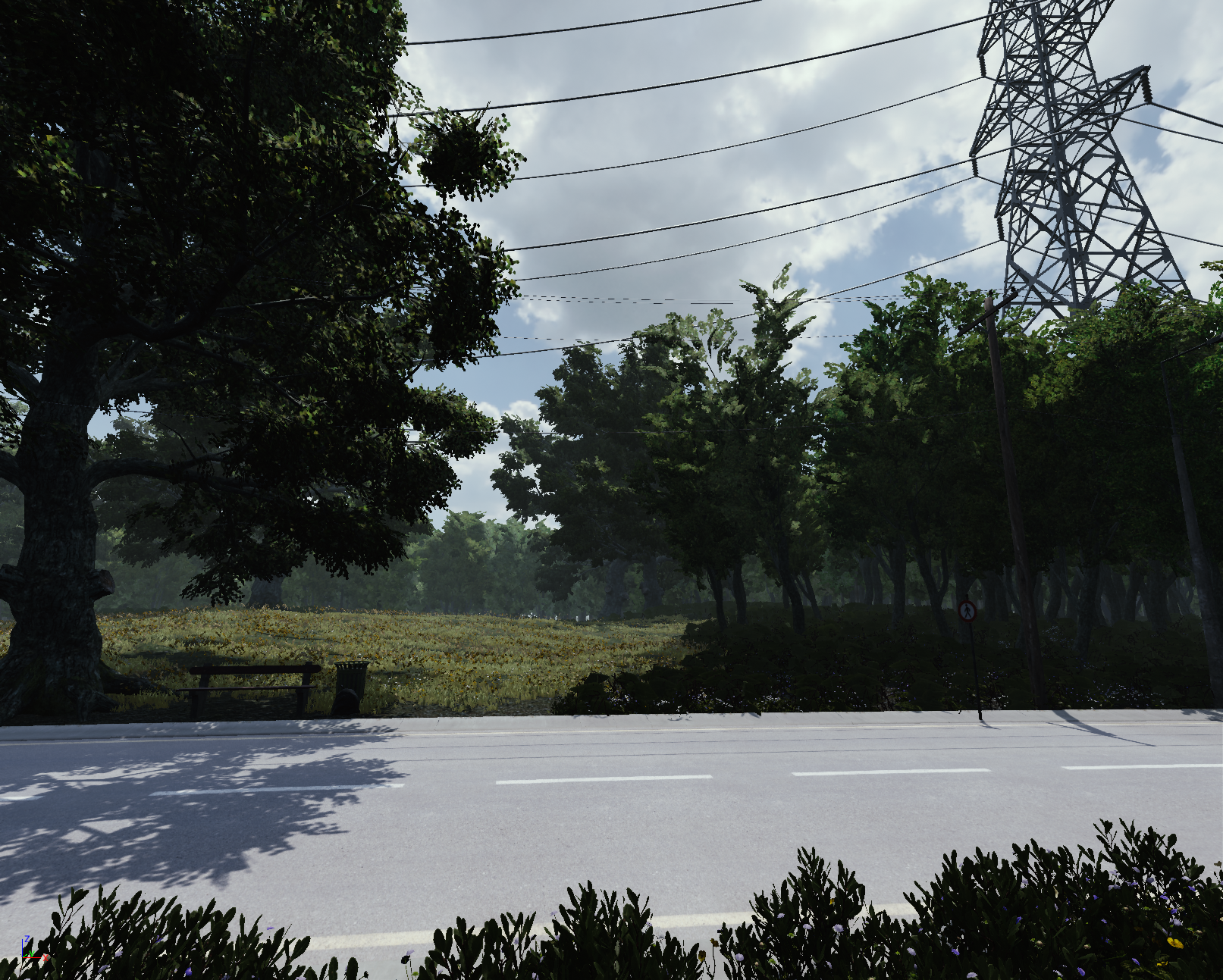 For these projects I carried out a lot of terrain work. I sculpted terrains and created foliage models in Speedtree. I worked on materials, set up cameras and vfx, scripted sequences and defined the look of the scene.
↑Back to Top