Official Brink Website
As a Level Designer on Bethesda's Brink, my fourth game at Splash Damage, I had ownership of two of the eight maps. My work on these maps included layout and flow design, blockout, architectural design, gameplay scripting, optimization, collision and cover passes. For this project I used a custom version of idTech Radiant called Editworld. I assisted in the development of the editor with the Lead Tools Programmer in the company.

The levels I had ownership of were Terminal and Labs (which was created for the Agents of Change release day DLC and was voted within the Splash Damage online community as their favourite map).
LAB
[MP Objective Map for Brink (Agents of Change DLC) -  Completed 2011]
Upper Section 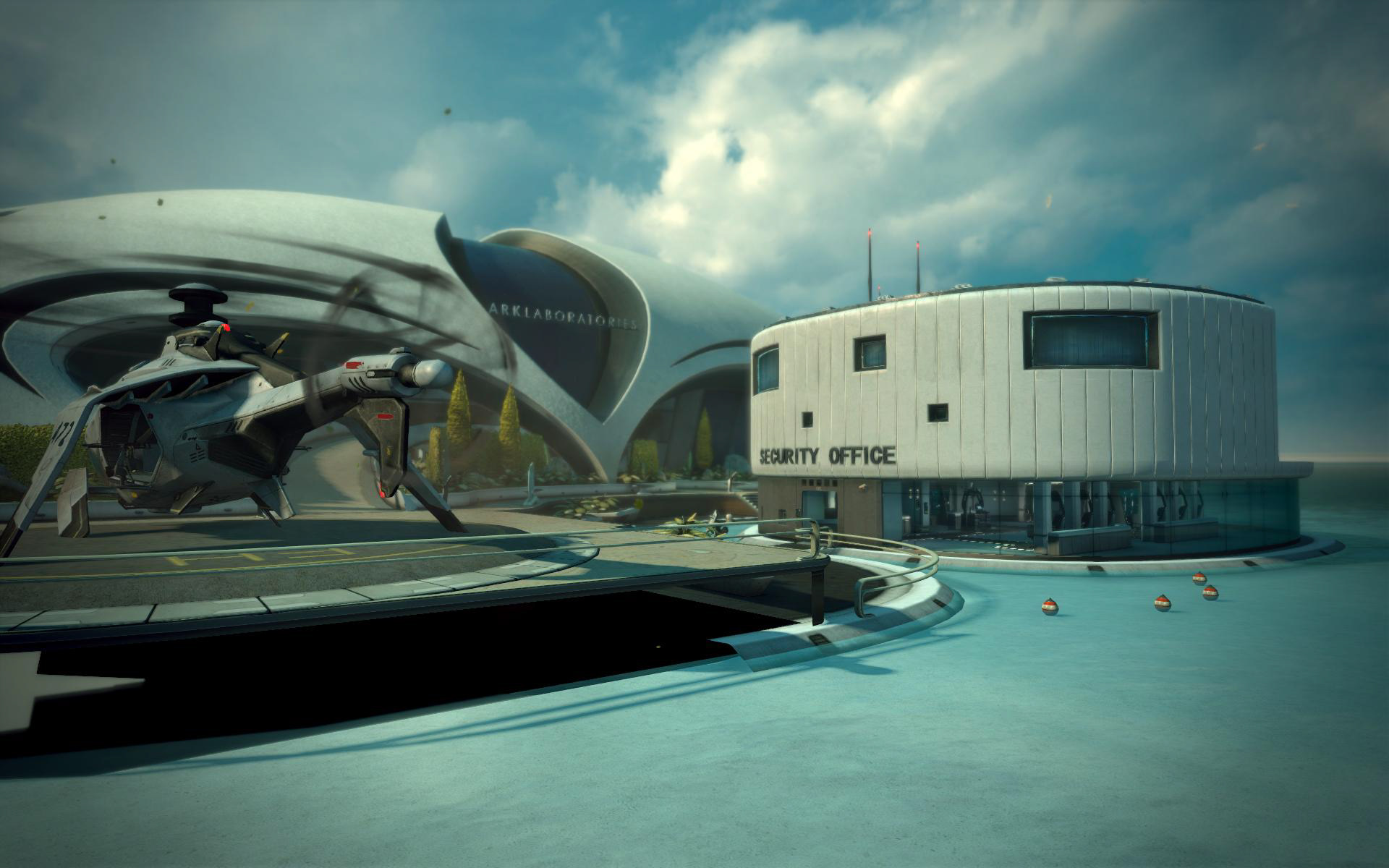 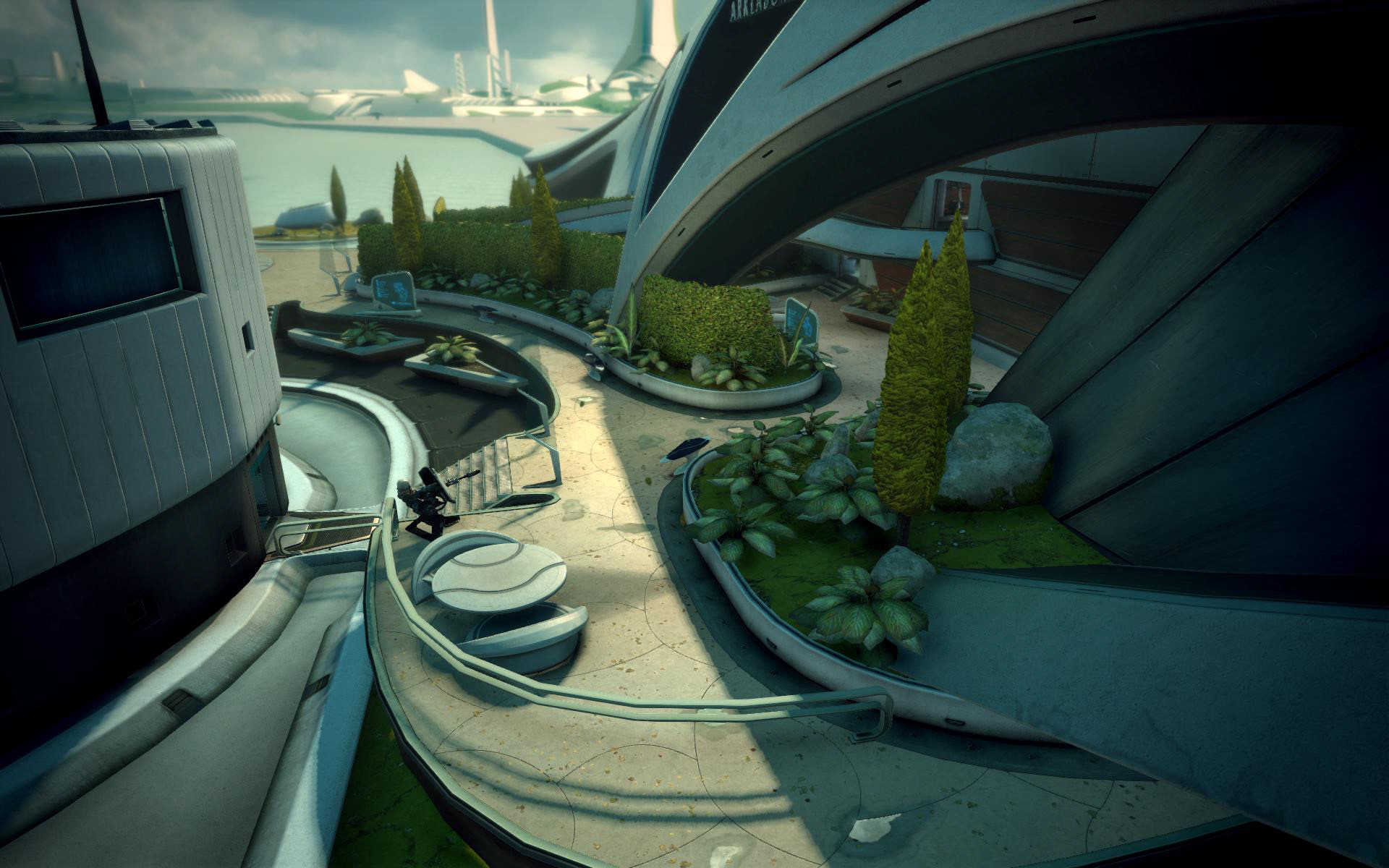 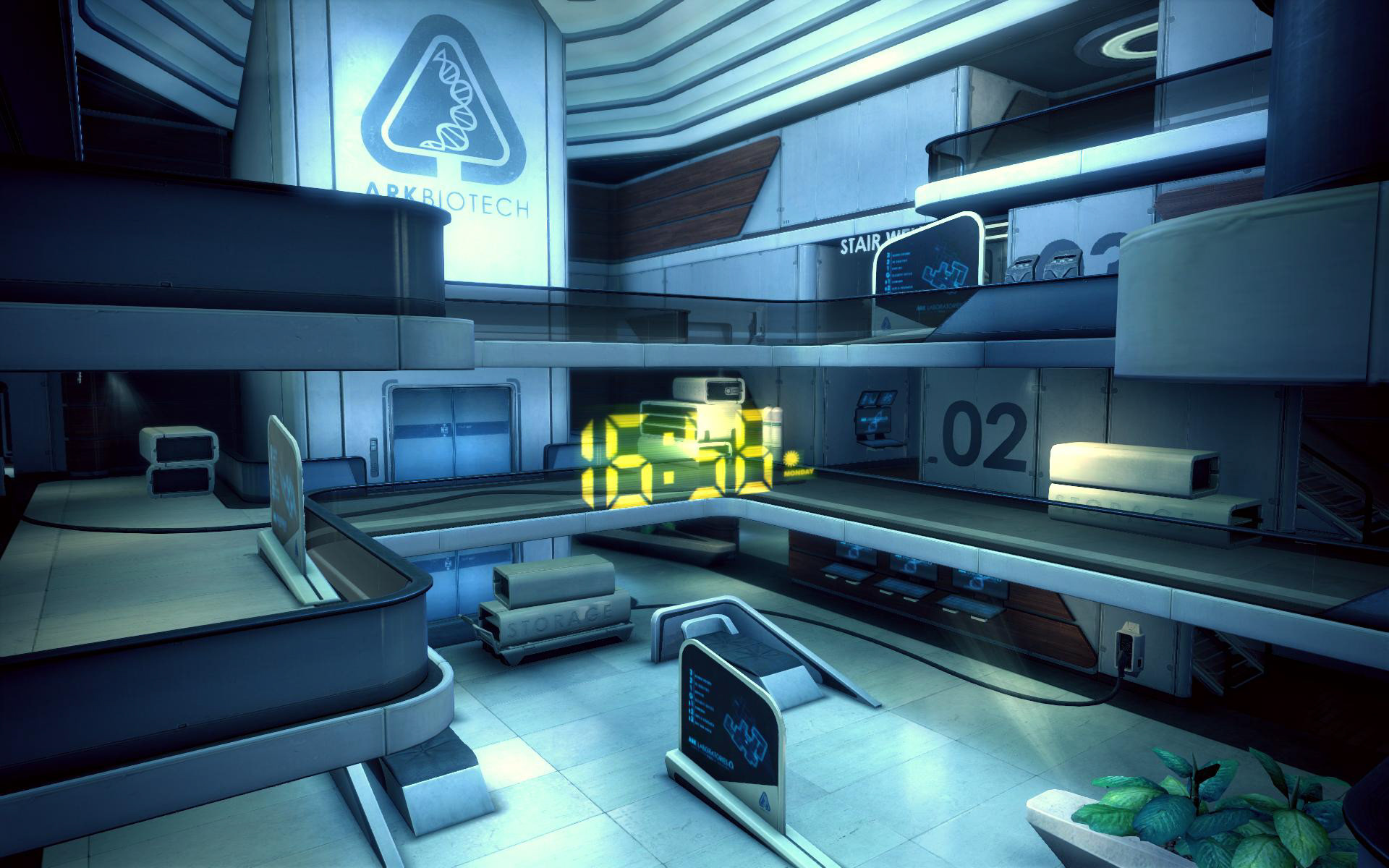 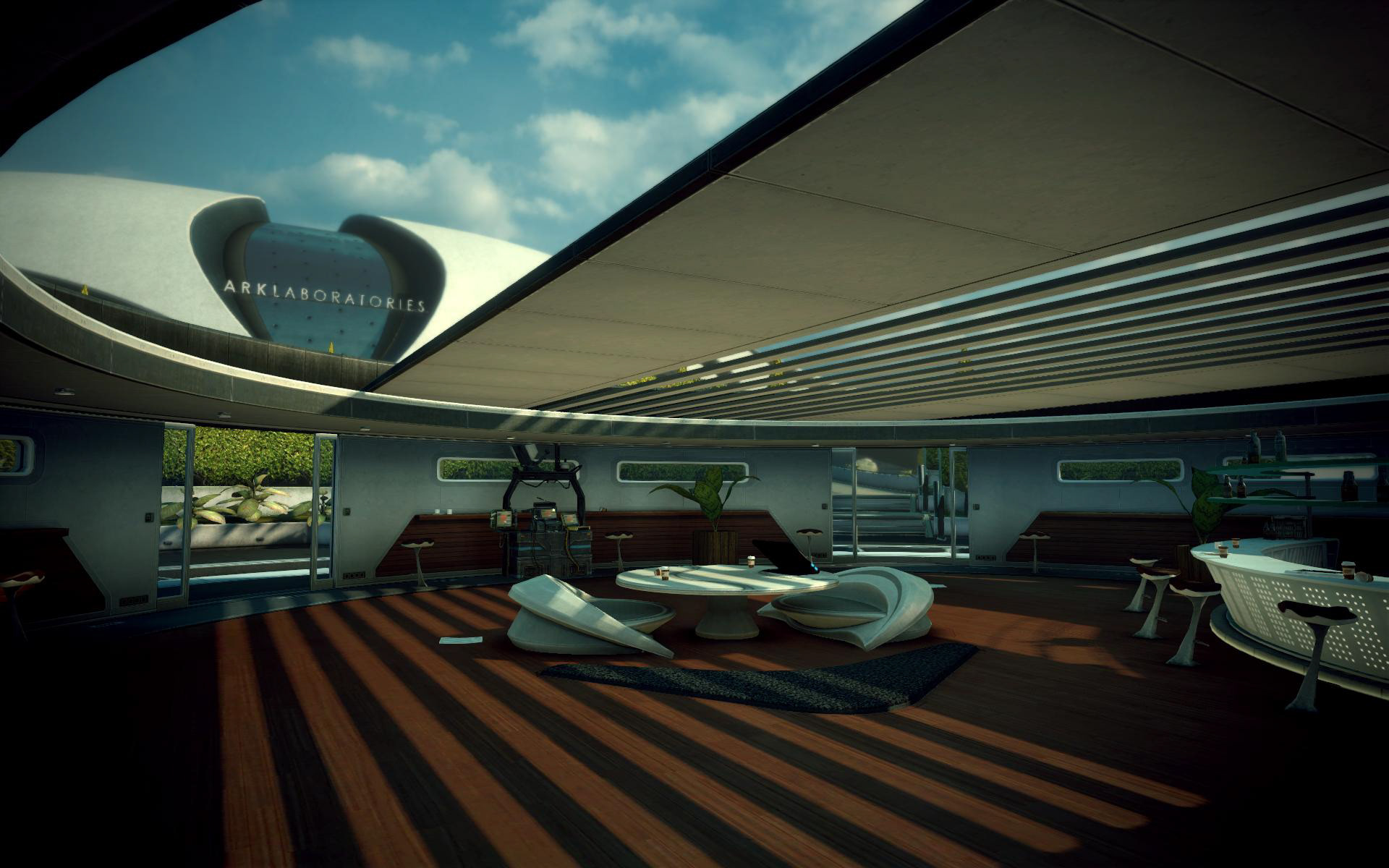 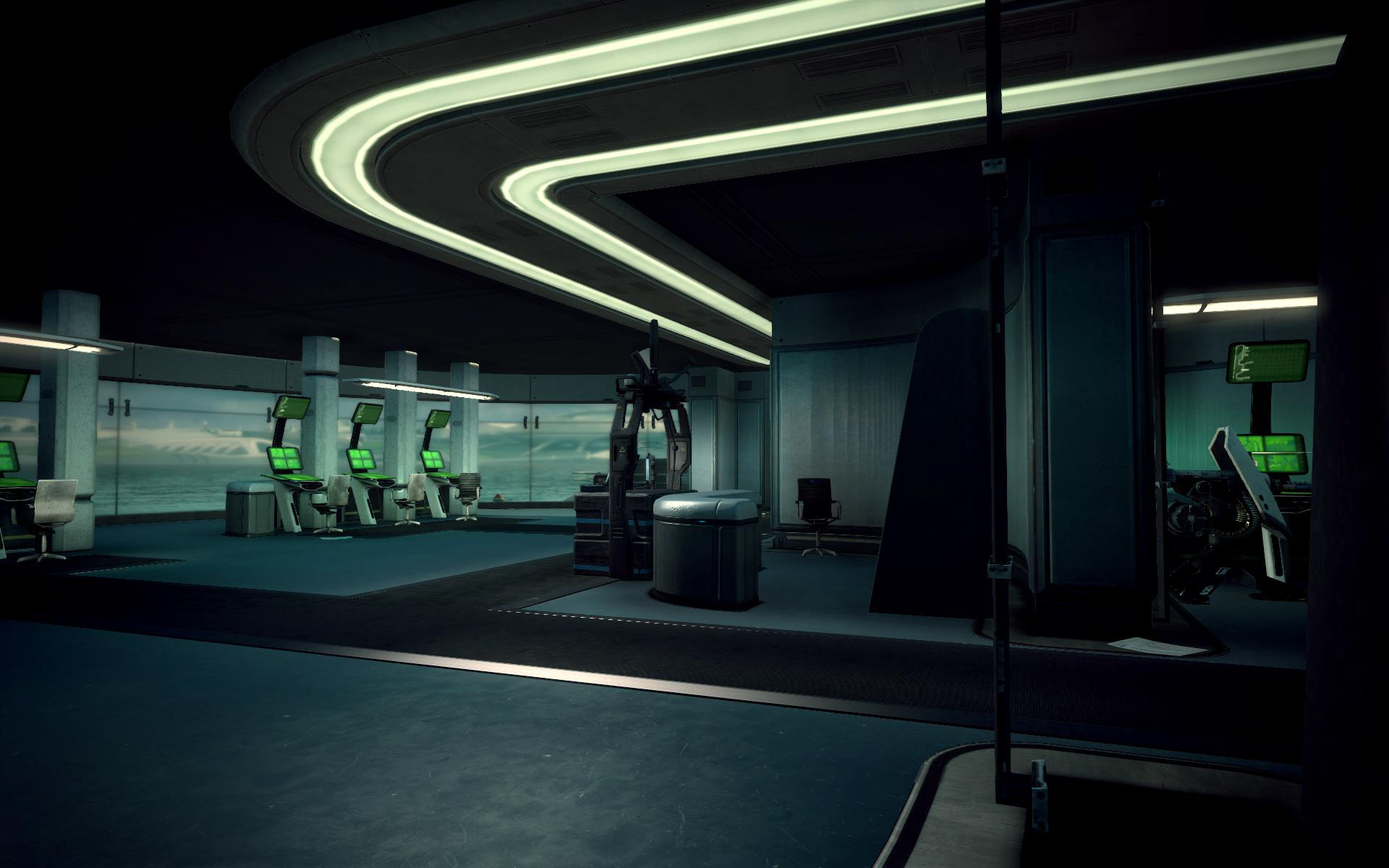 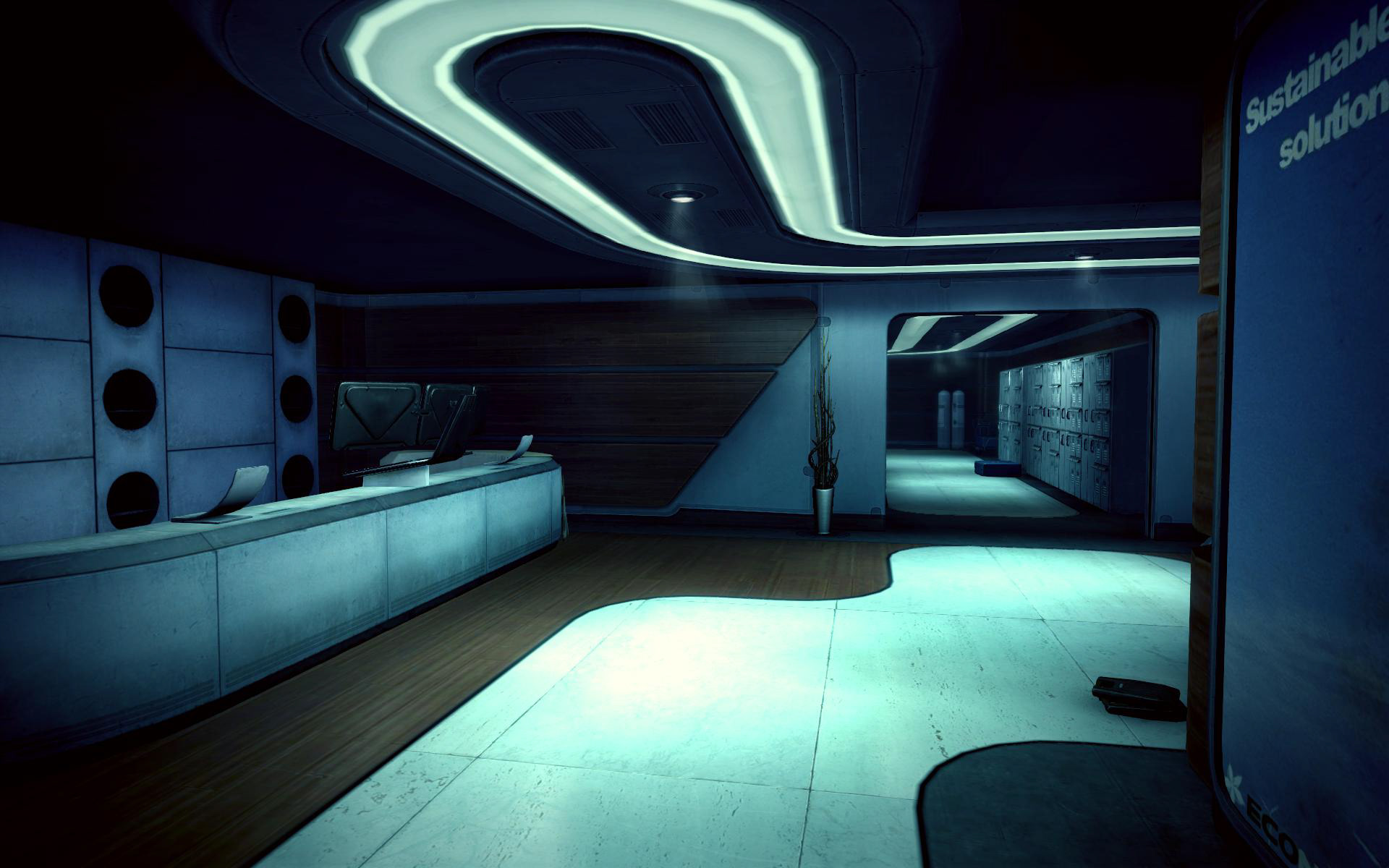 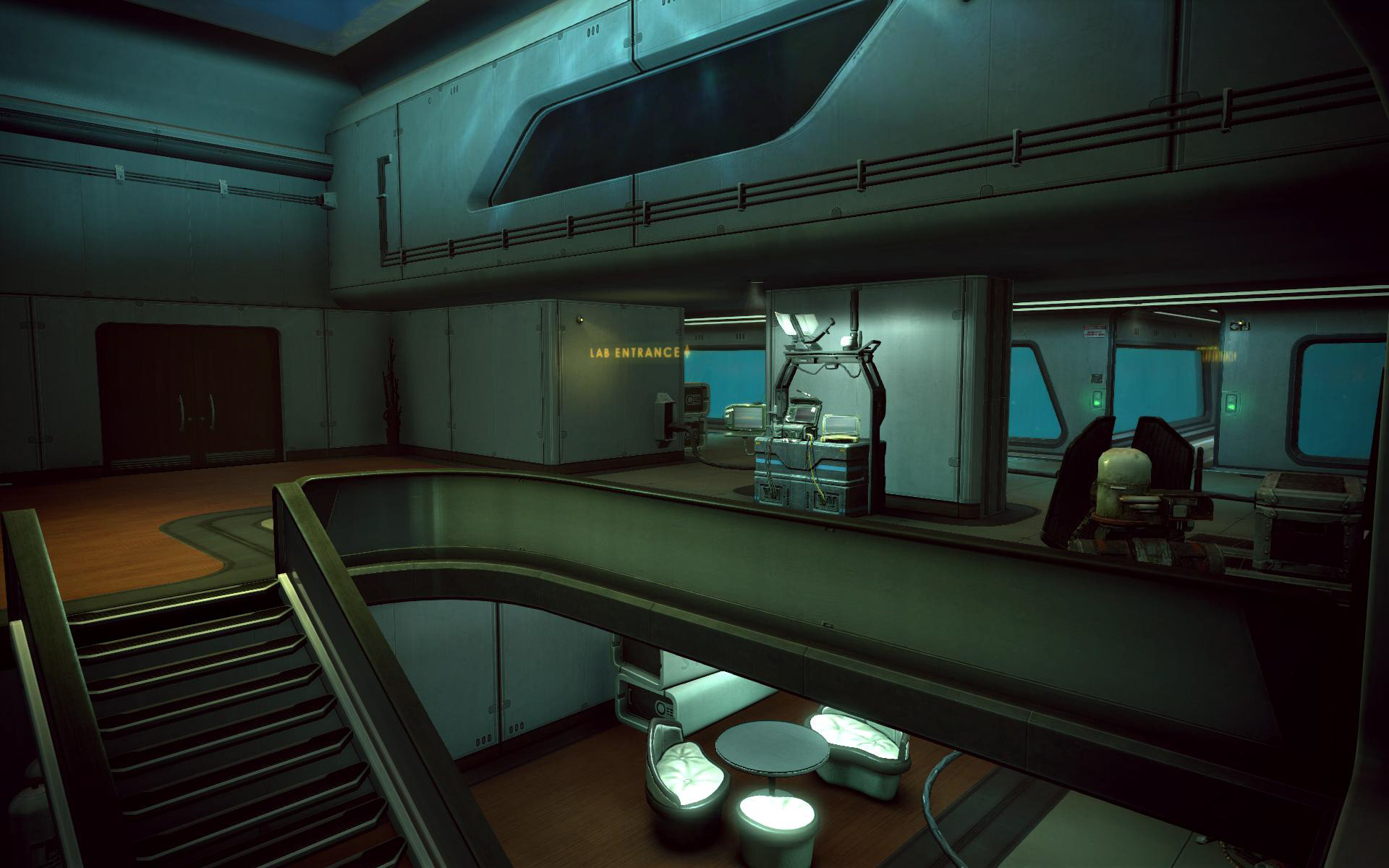 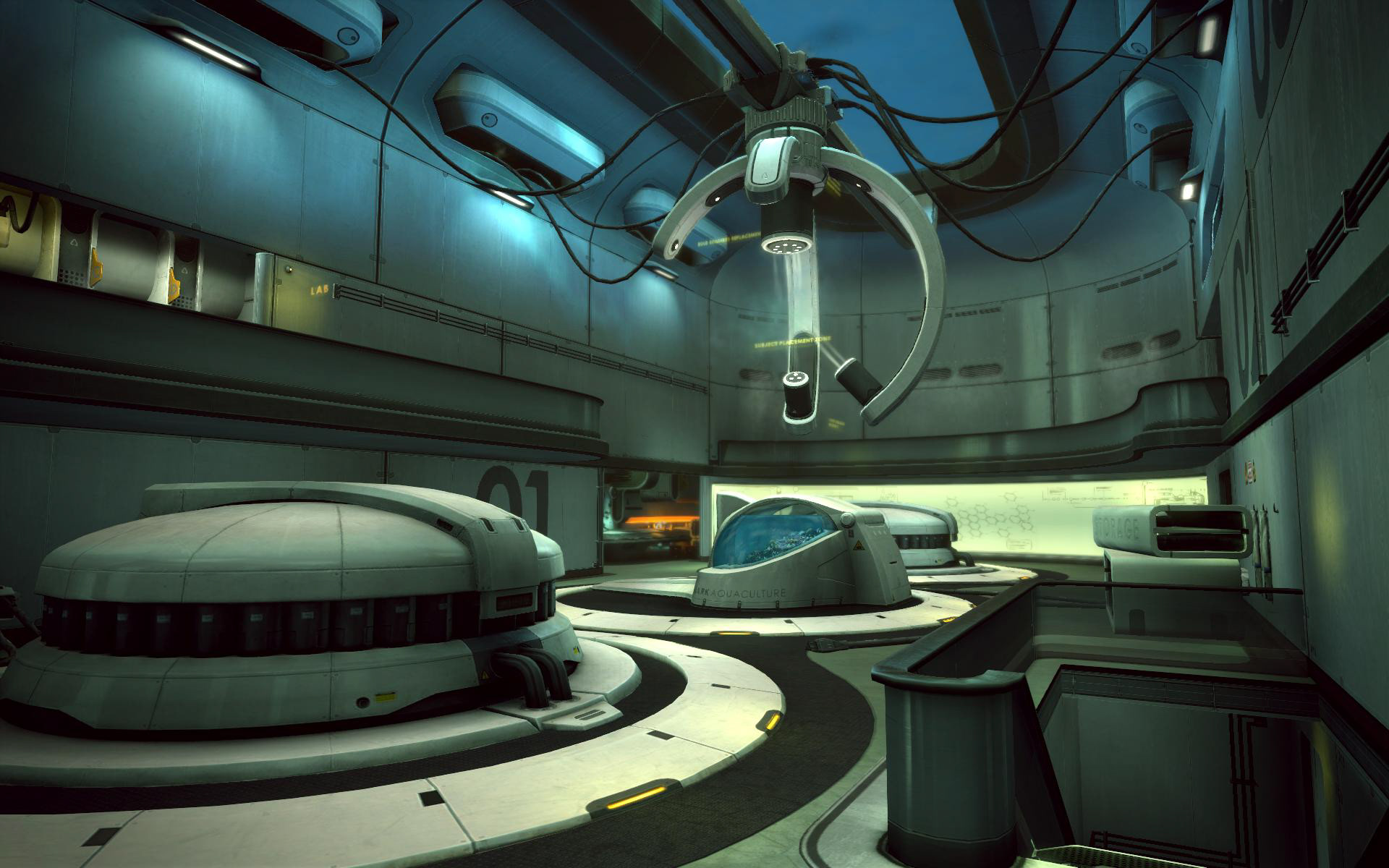 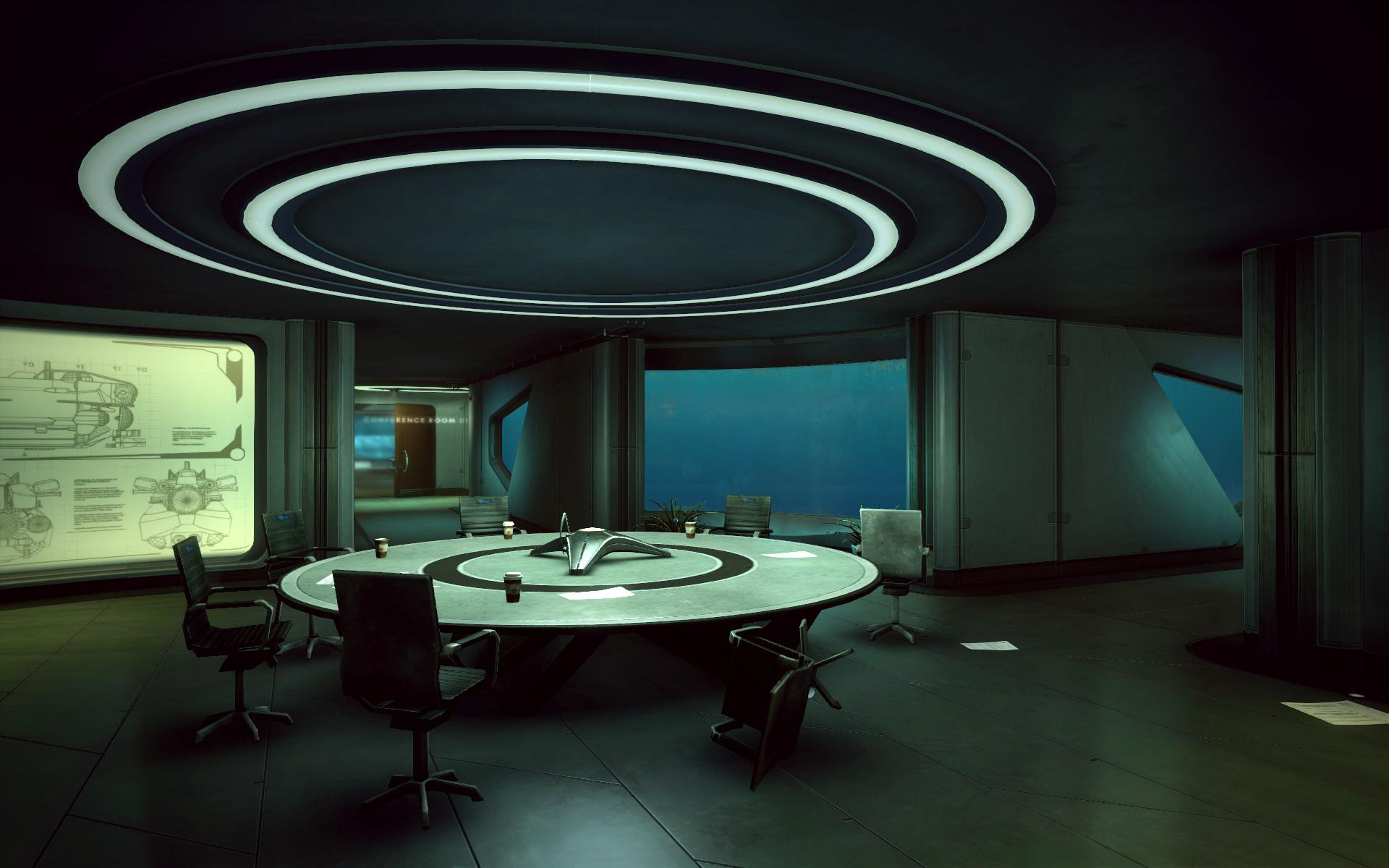 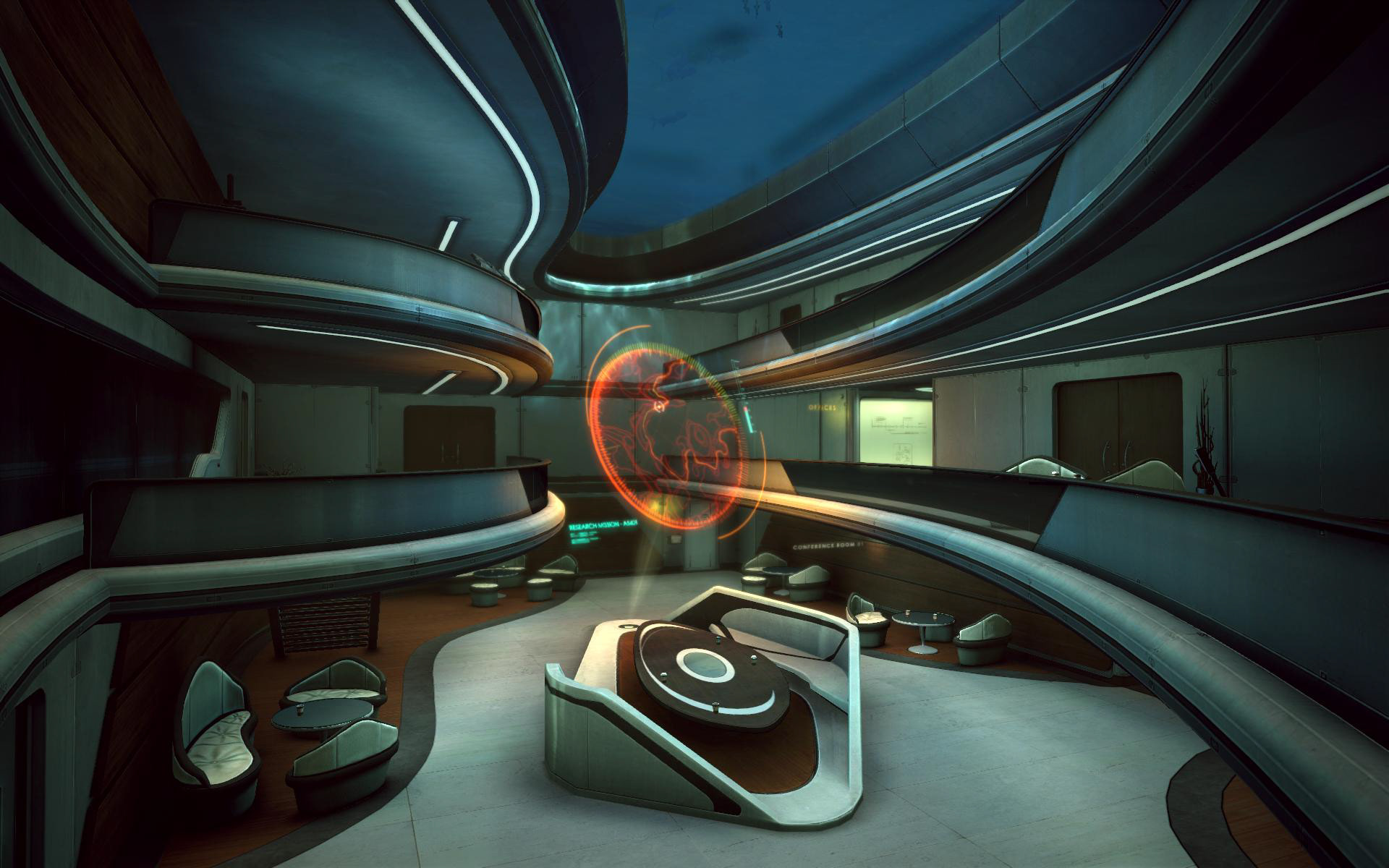 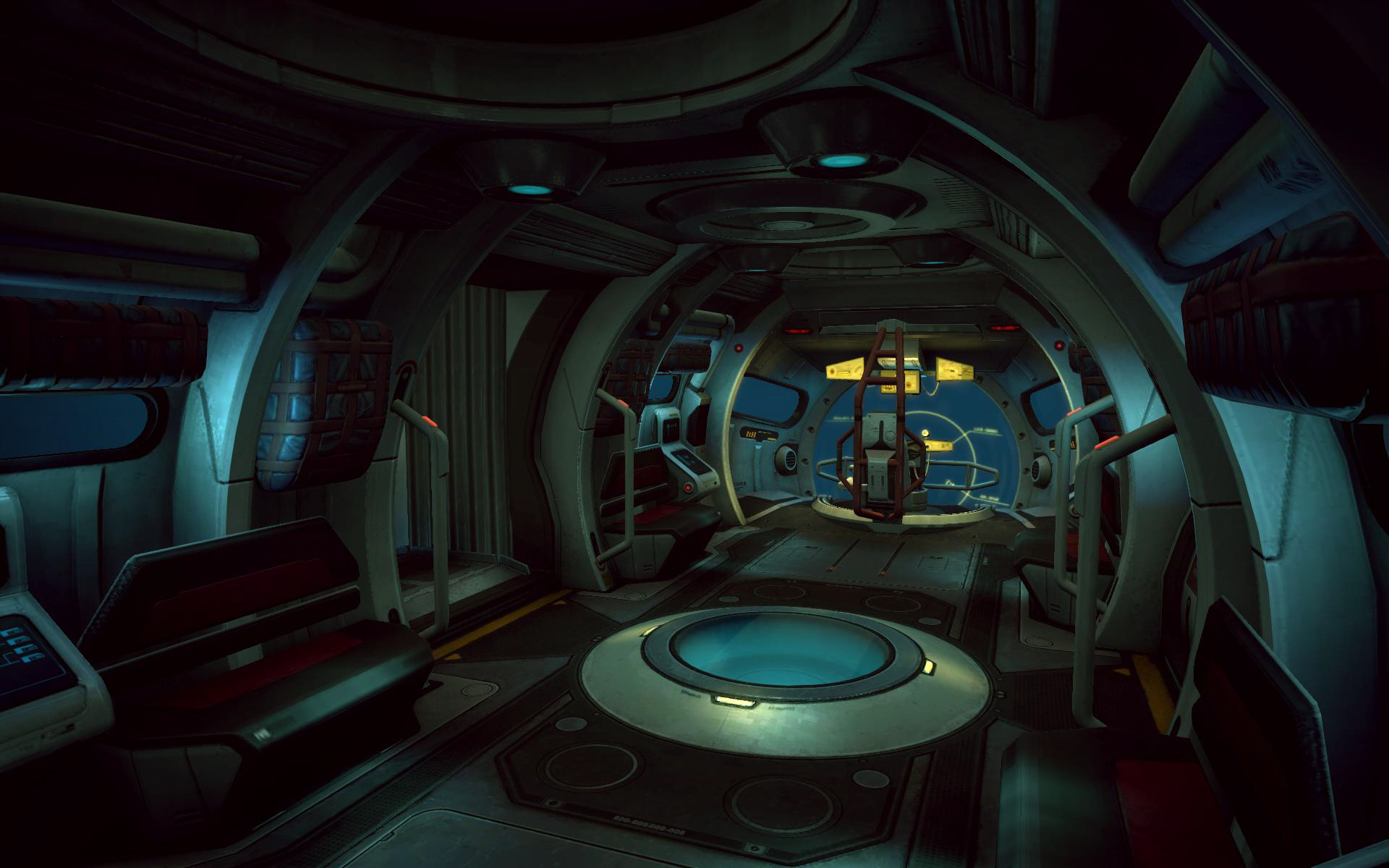 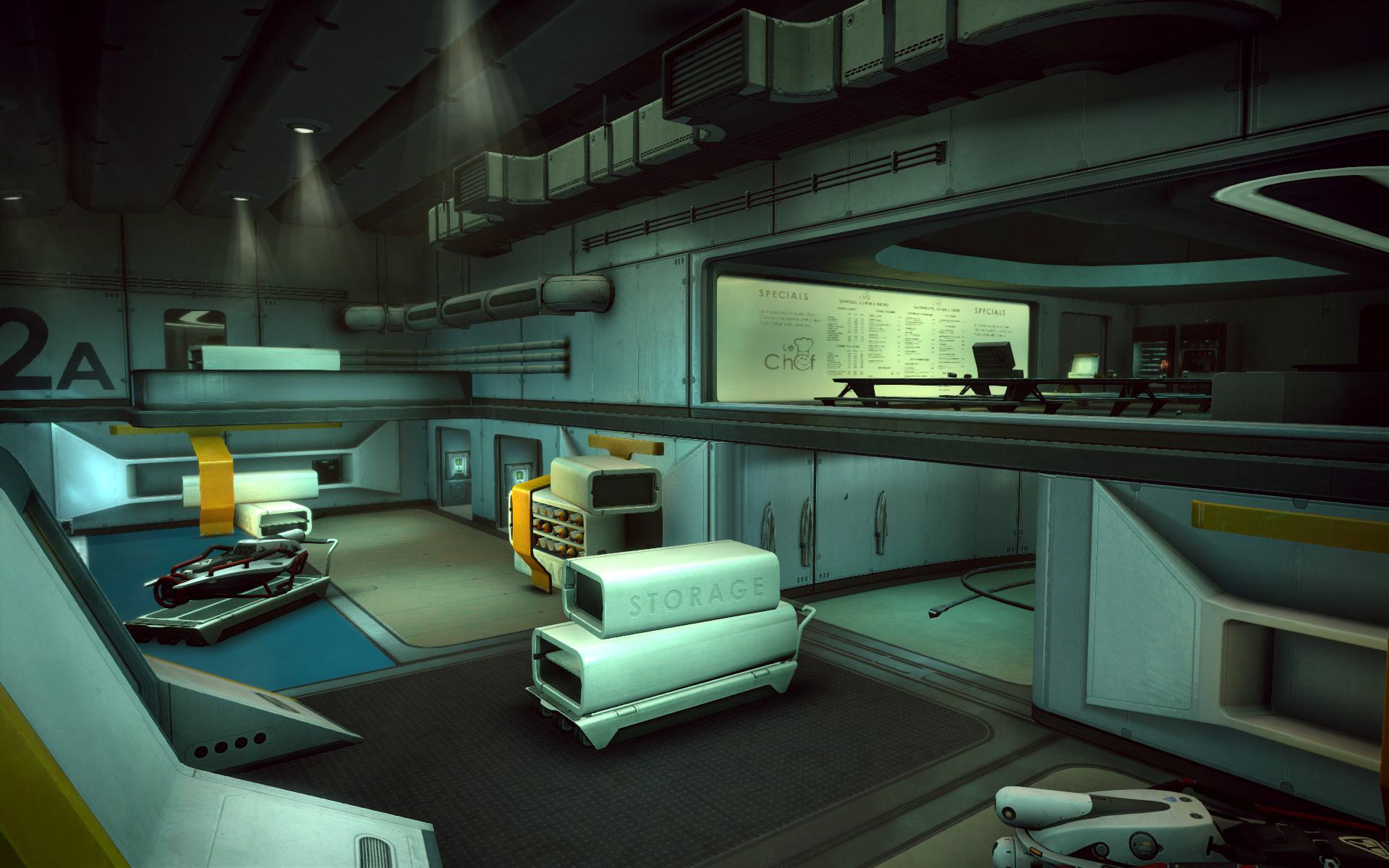 I designed the layout for Lab as a two-part objective map. The first section is based above the surface of the water on "The Ark" and is surrounded by garden areas and dominated by a large central building. The objective is for the attacking rebel team to gain entry to the elevator shaft which is being guarded by the defending security team. Once past this objective gameplay moves to the sub-aquatic laboratory below with contrasting tighter gameplay compared with the more open layout on the surface. All sections including architecture were blocked out in detail by myself and later I worked with artists Matt McDaid and Angelo Dal Pra to detail the map in a way which wouldn't affect cover, collision or flow.
______________________
Terminal
[MP Objective Map for Brink -  Completed 2011] 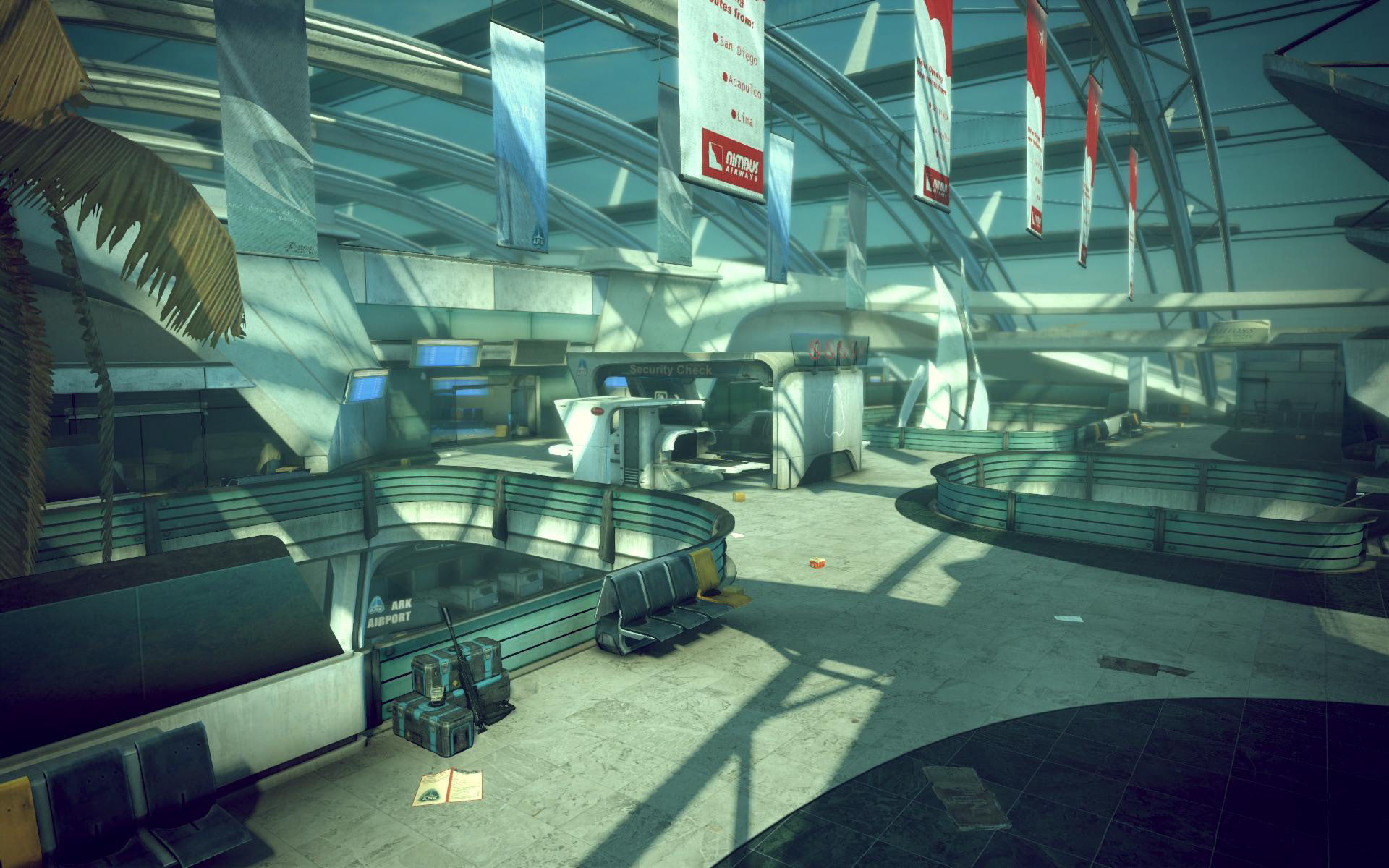 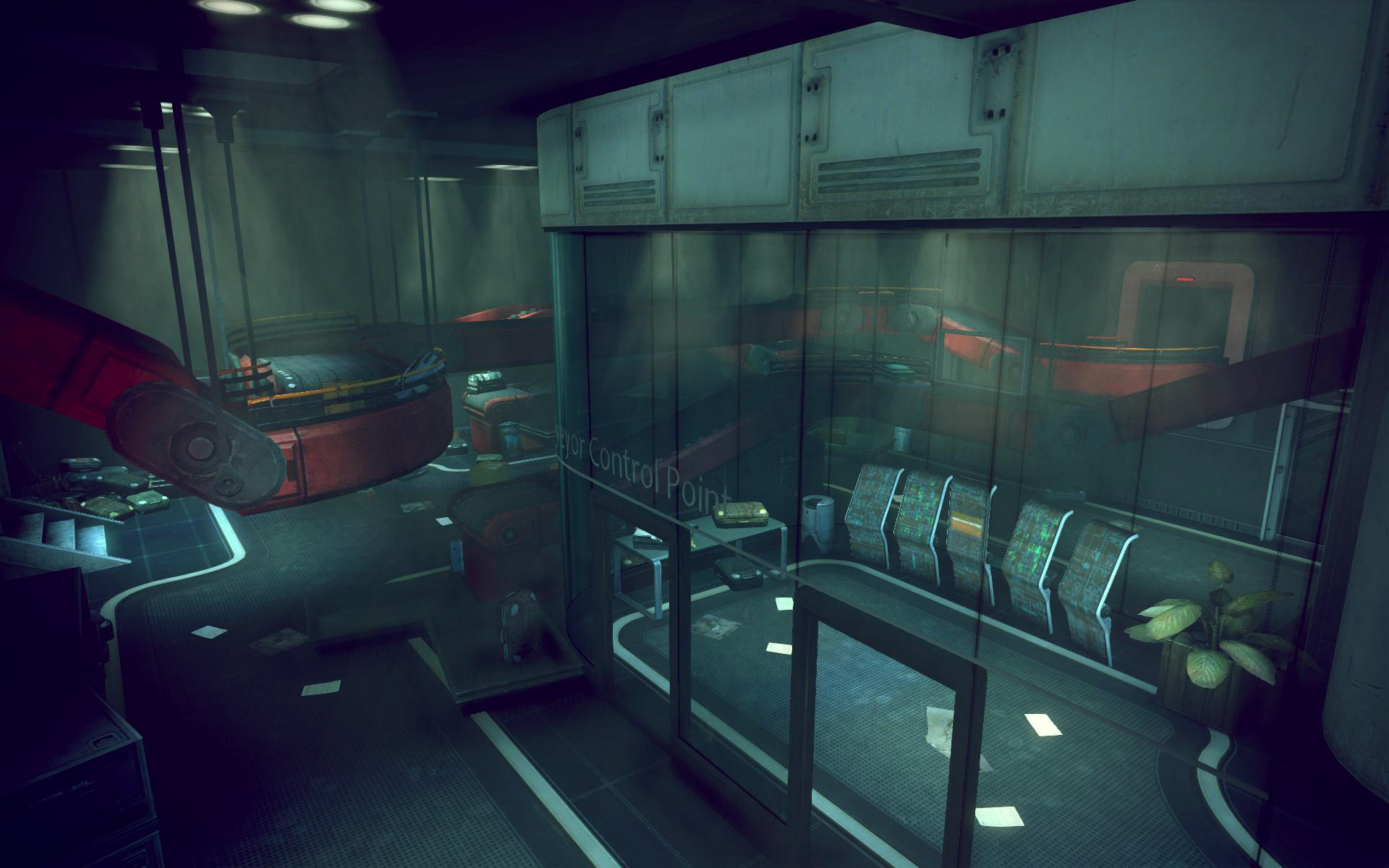 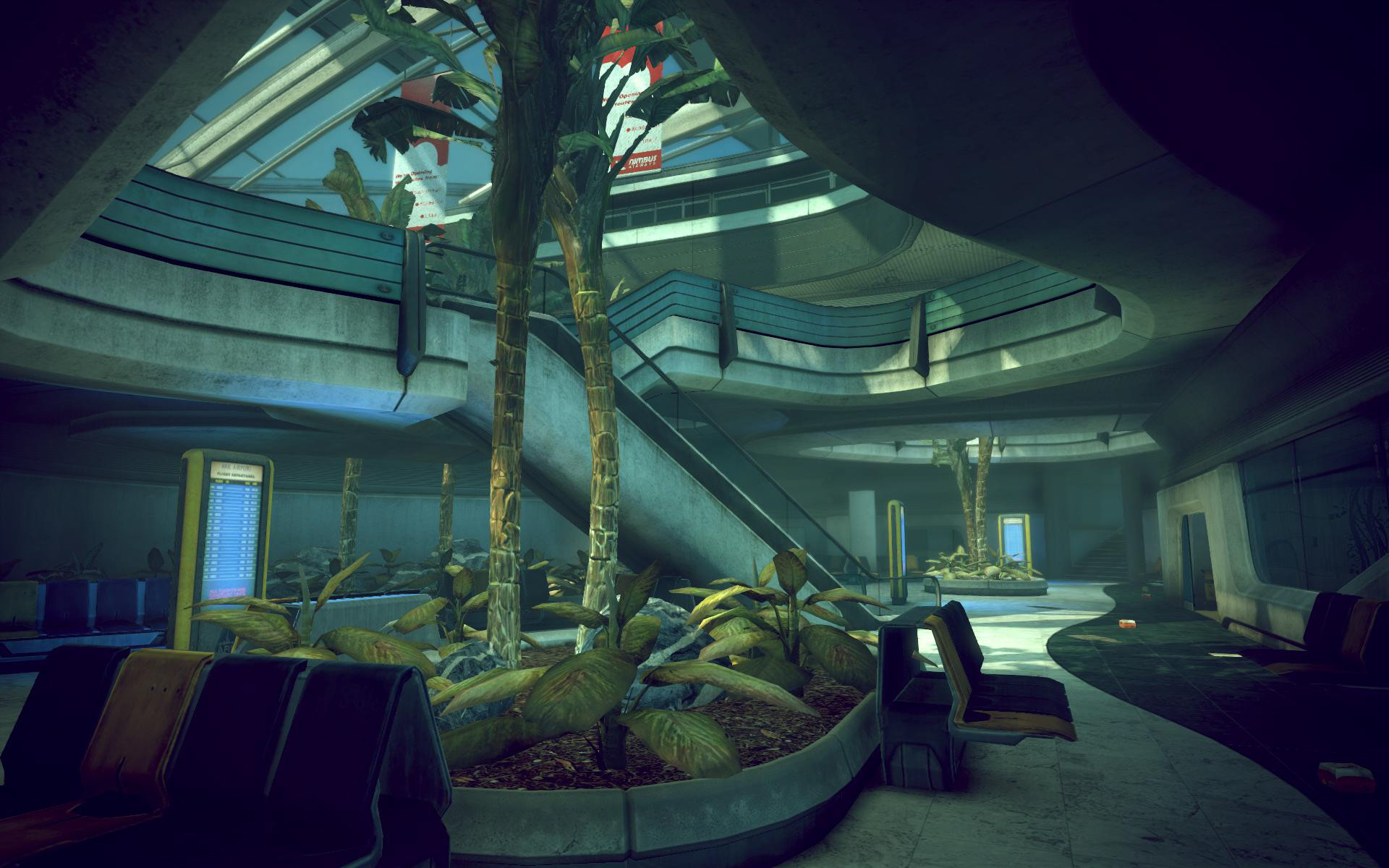 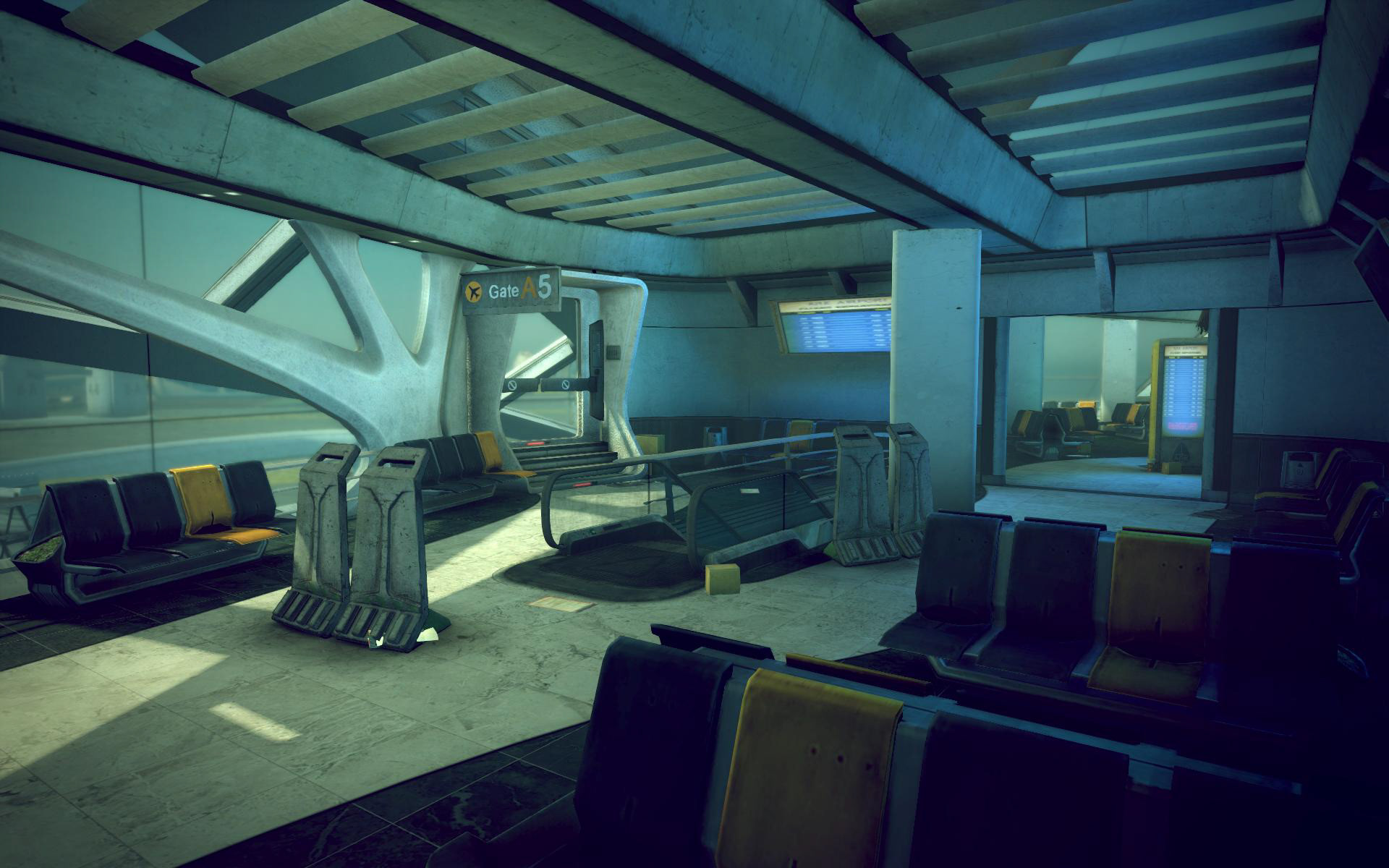 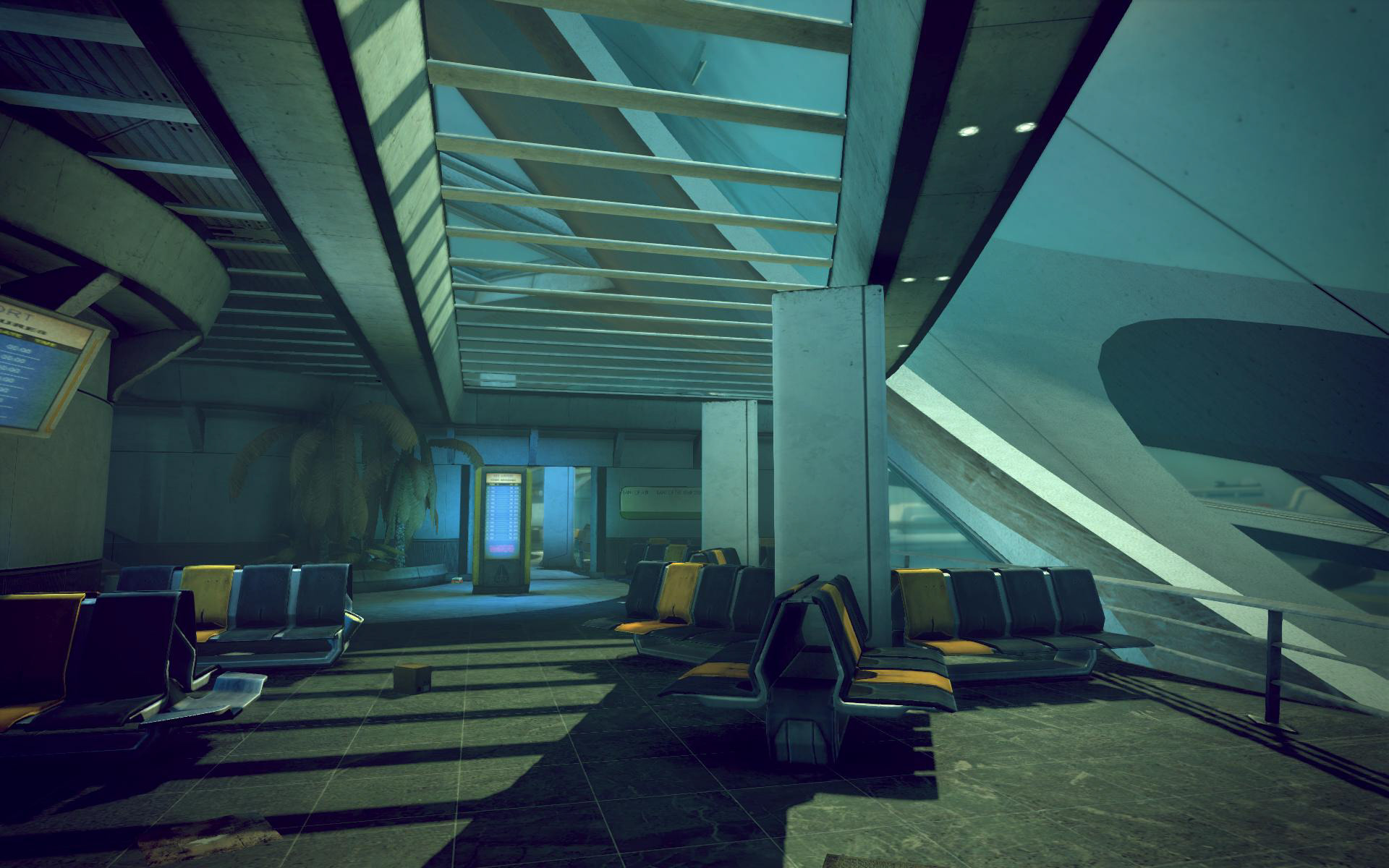 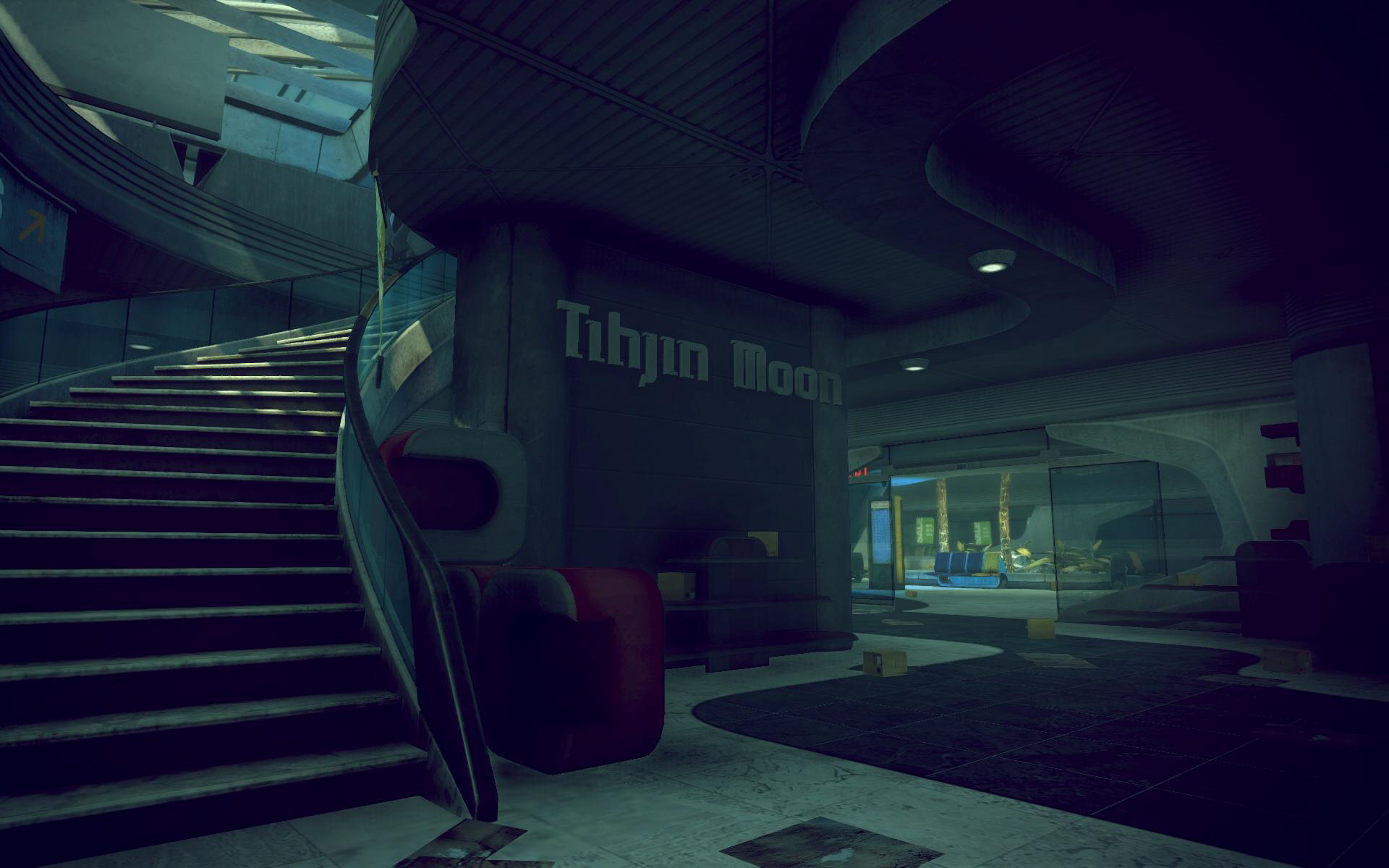 Terminal is a large objective map based in an abandoned airport.  The architectural style is based on the work of Santiago Calatrava. I blocked the map out in brushes and patches to match this style before working closely with the Tibor Toth of the art team to create a gameplay space which was both open but provided ample cover and maintaining the aesthetics without compromising the gameplay. Terminal has two objectives, the first being a hack objective on the mainframe at the heart of the airport, to open routes to the second part. The second objective requires the attacking team to locate and return a data disc back to the train station before making their escape on the monorail.
↑Back to Top