Official Batman: Arkham Origins Website
Following Brink I started work as the Senior Level Designer on Gangland which is the third-person asymmetric multiplayer component for Batman: Arkham Origins where two teams of elite thugs battle against each other for control of parts of Arkham while being hunted by the Dark Knight and Robin. Working on this title was very different from anything I had worked on previously and was a refreshing challenge. For this project I used the Unreal Engine to block out the gameplay spaces taking into account the movement of both the ground based, slower moving thugs and the fast moving, more agile heroes who had the ability to glide and grapple to high locations.
For this game I designed and had ownership of two of the four maps.
Robot Factory
[Third-Person Asymmetric MP Map for Batman: Arkham Origins  -  Completed 2013] 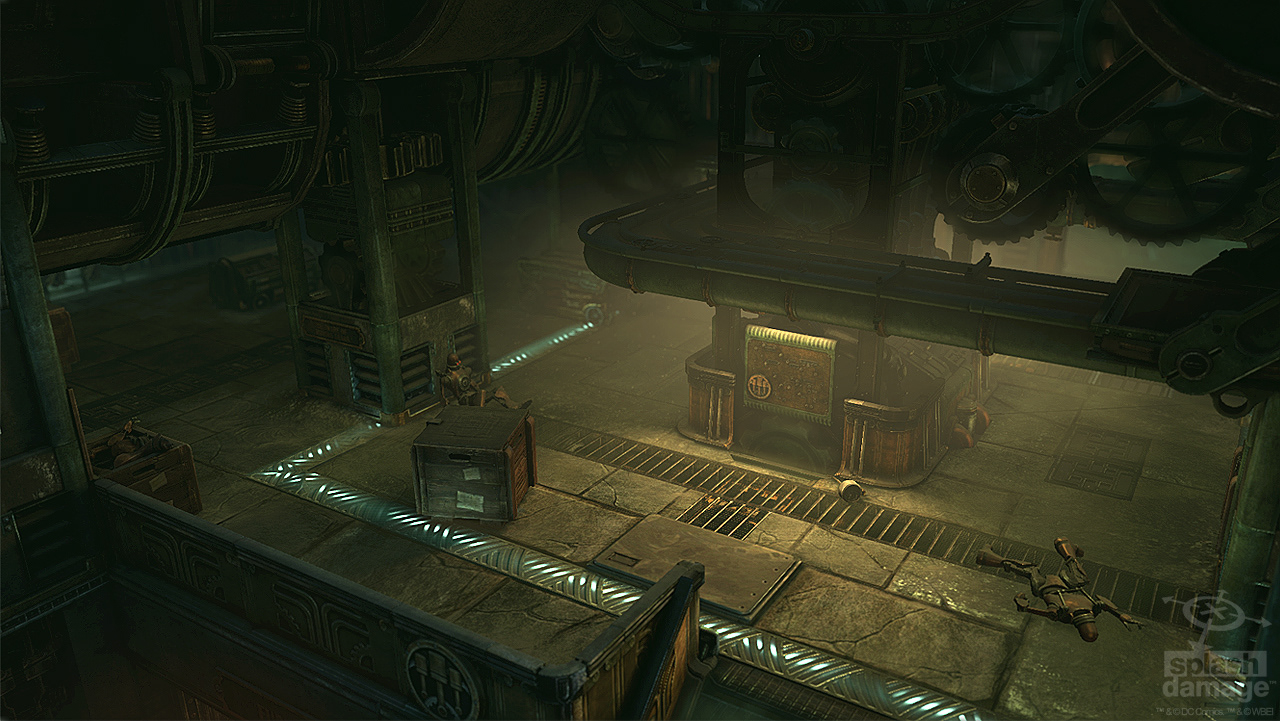 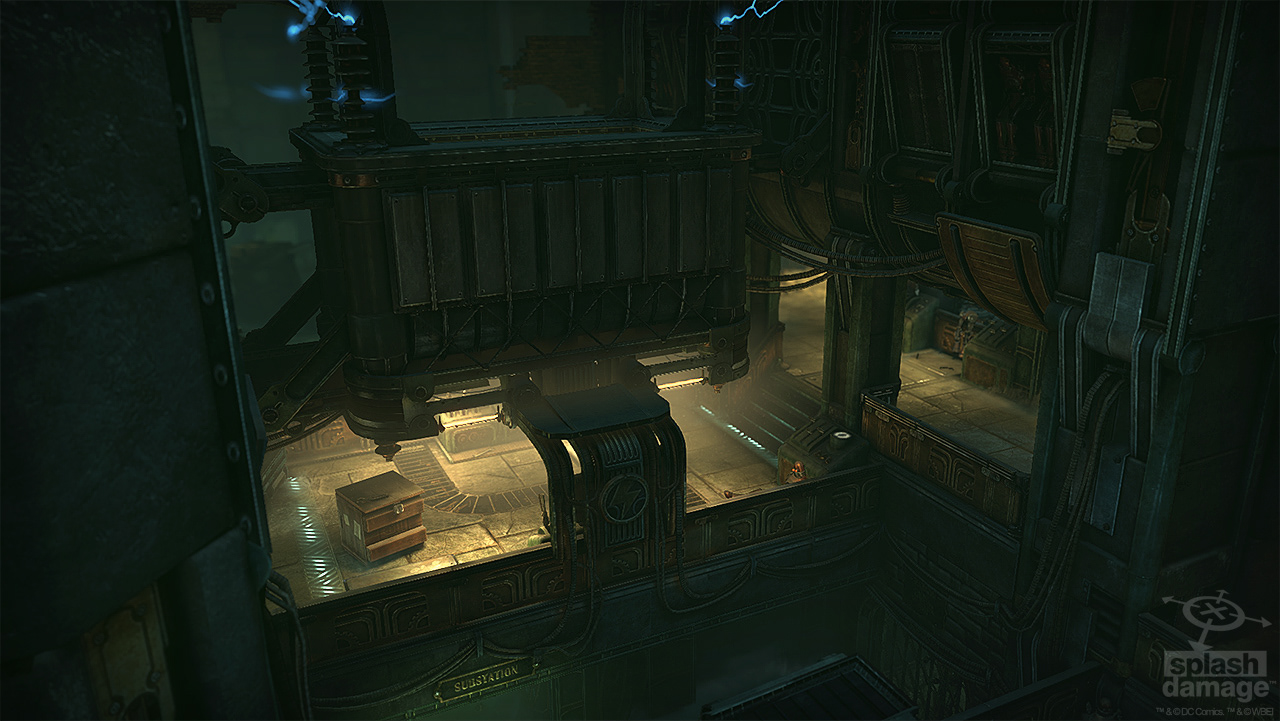 This map is set in an abandoned factory which used to produce robot slaves in the underworld beneath Arkham City. I blocked this map out in UnrealEd3 and worked with Myles Lambert and Josh Grafton (artists) to complete the map. The map caters for the large open upper areas for the heroes to glide around the map while at the same time providing enough cover for the ground-based thug teams. Placement of cover objects was critical given the cover mechanism built into the gameplay which would allow players to snap into position. Another gameplay mechanic to consider were the locations where heroes could grapple down to snatch up thugs below.
______________________
Blackgate Prison
[Third-Person Asymmetric MP Map for Batman: Arkham Origins  -  Completed 2013] 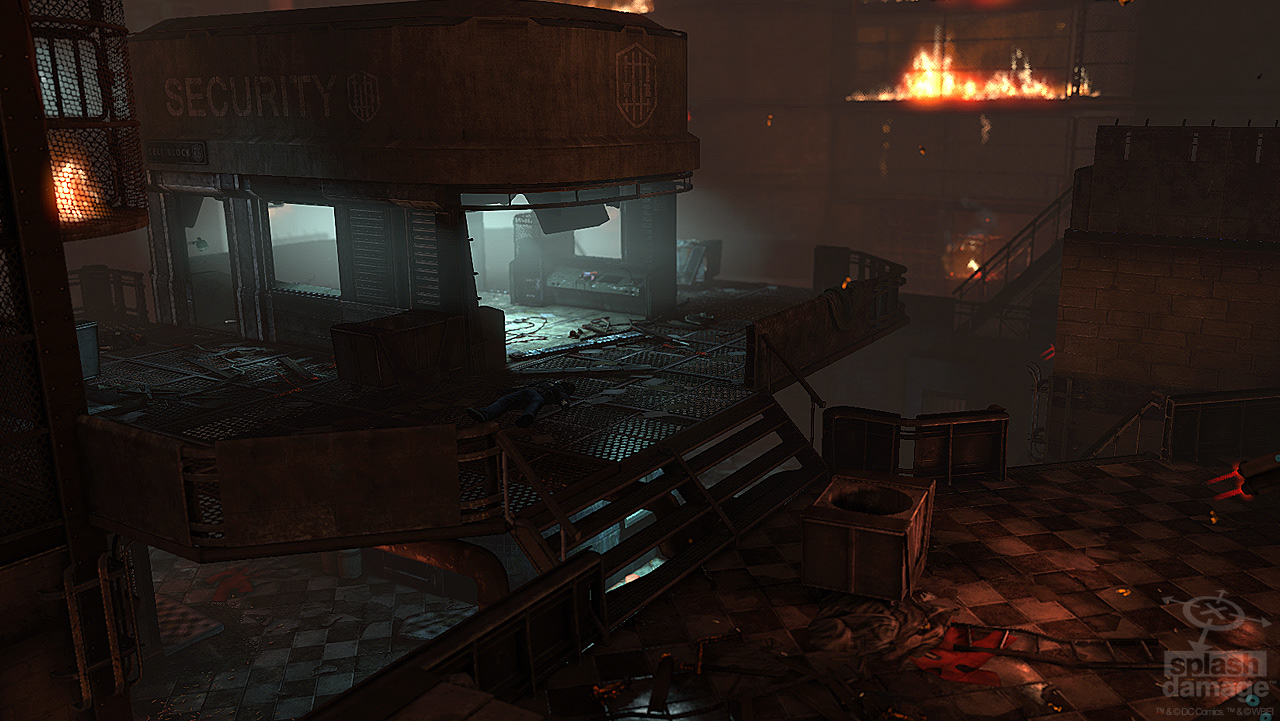 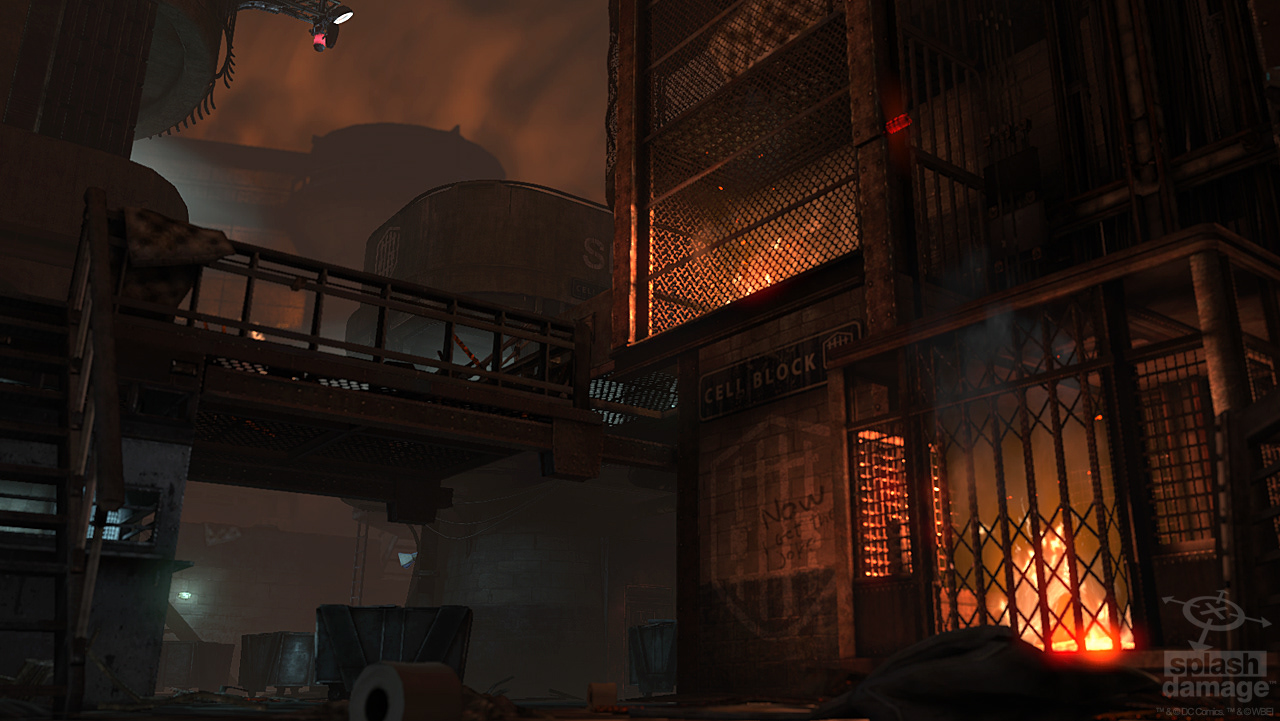 Using the same rules as for Robot Factory, Blackgate Prison was built to allow for aerial attacks while providing enough cover at ground level for the thugs to defend themselves. This map is broken into three interconnected areas, a cell block, the prison yard and a work area for the inmates. The aim of the map was for the thug teams to cause a riot and free enough prisoners to join their gang while the heroes attempt to stop them.
↑Back to Top